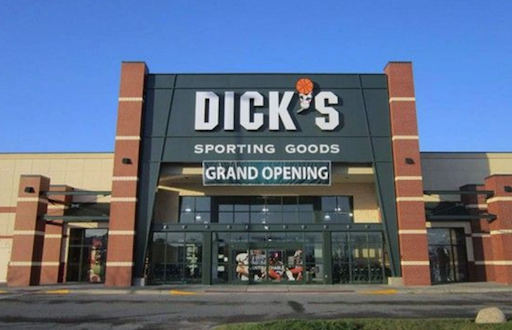 Dick’s Sporting Goods is not only ending the sale of all assault-style firearms in its stores, they will no longer sell guns to anyone under 21 years old.

Assault-style weapon sales ended at Dick’s-branded stores after the Newtown, Conn. school shooting in 2012. But the company was still selling them at its 35 Field & Stream locations, which specialize in hunting and outdoors products.

“As we looked at what happened down in Parkland, we were so disturbed and saddened by what happened, we felt we really needed to do something,” Stack told GMA’s George Stephanopoulos.

Stack acknowledged that the Parkland school shooter had purchased a shotgun at one of the company’s stores in November. Though the killer did not use the gun in the shooting, the realization served as a catalyst for action.

“We did everything by the book, we did everything that the law required and still he was able to buy a gun,” Stack said. “When we looked at that, we said, ‘The systems that are in place across the board just aren’t effective enough to keep us from selling someone a gun like that.’”

To be honest, this comes as no surprise. I’ve loved Dicks my whole life 😉

And yes, you can bet I’m heading to the nearest store and buying something today. 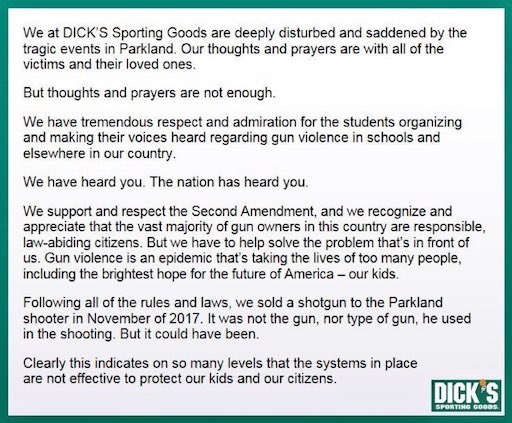 Today’s hero is @DICKS‘ CEO Edward W. Stack for doing what is right. Listen to this short interview excerpt and you’ll see a shining example of what it means to be a compassionate American, a true Patriot. https://t.co/CqEd9RwpnV

Thank you, Dick’s Sporting Goods. This is the first good news about dicks since the #MeToo movement started.

Proud to see Pittsburgh-based @DICKS taking real action to keep kids and communities safe. It’s time for our country to come together to stop this senseless violence. https://t.co/q3wB4TUMMO

Talked to several people outside of the local @DICKS about the company’s ban on selling assault rifles. Everyone so far in full support. One man even told me he came just to buy some socks to show support. #fox10phoenix pic.twitter.com/FSPGXtPA2Y