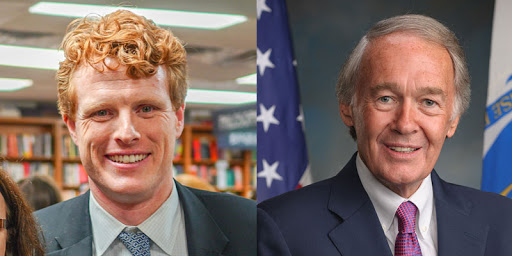 For decades, criminals have used the fear of being hit on by gay men or discovering a potential sex partner is transgender as ‘gay panic’ or ‘trans panic’ as a legal defense in court to justify violent attacks on LGBTs often to the point of murder.

But now, two Massachusetts lawmakers have introduced legislation that would put a stop to the defense across the country.

“Gay and trans panic legal defenses reflect an irrational fear and bigotry toward the LGBTQ community and corrode the legitimacy of federal prosecutions,” said Sen. Markey. “These defenses must be prohibited to ensure that all Americans are treated with dignity and humanity in our justice system.”

The Massachusetts senator adds that sexual orientation or gender identity “cannot ever excuse violence, and our courtrooms should not be used as chambers of hate.”

Kennedy told the Blade an admission of committing a violent crime against someone because they’re LGBT “is not a defense, it is a hate crime.”

“Legal loopholes written into our laws that seek to justify violent attacks against our gay, lesbian, bisexual and transgender neighbors should never have existed in the first place,” he added.

Earlier this year, a Texas man was given a lighter sentence thanks to using ‘gay panic’ defense after stabbing his neighbor who he claimed attempted to kiss him.

James Miller, 69, admitted to stabbing Daniel Spencer, 32. Miller said he rejected a kiss from Spencer when the two met at Spencer’s home in 2015, prompting Spencer to become violent and to charge at Miller with a glass. Miller said he then stabbed Spencer in self-defense.

Reports surfaced Miller invoked “gay panic” defense in his claim, although according to an NBC News report Miller’s attorney denied that and said his client acted purely in self-defense.

The sentence for Miller was for criminally negligent homicide, which carries a lighter sentence than murder or manslaughter. A jury recommended Miller receive 10 years probation, but a judge added six months jail time, 100 hours of community service and $11,000 in restitution to Spencer’s family.

The American Bar Association unanimously approved a resolution in 2013 denouncing the practice and calling for an end to the use anti-LGBT panic defense in court.

Currently, three states – California, Illinois, and Rhode Island have banned the use of gay and trans panic defense.