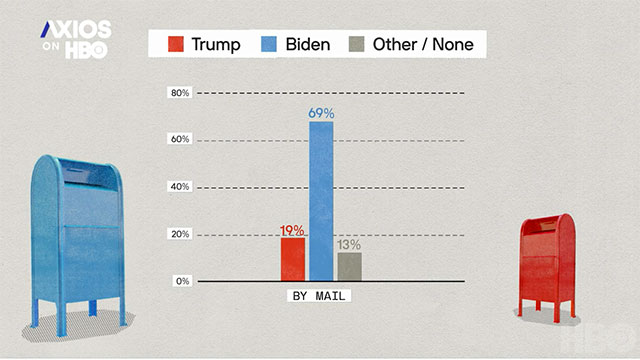 That is – until all the mail-in ballots are counted over the subsequent days.

With many more Democrats voting by mail this election cycle – Hawkfish predicts up to 40% of Americans might vote by mail – it could take several days (if not weeks) for states to add up all the ballots.

So, on election night, with Republicans voting primarily in person, the tallies may show Trump with a huge lead, but Mendelsohn calls that a “red mirage.”

“When every legitimate vote is tallied and we get to that final day, which will be some day after Election Day, it will in fact show that what happened on election night was exactly that, a mirage,” Mendelsohn told Axios.

A new NBC/Survey Monkey poll echoed Hawkfish’s findings showing 50% of Democrats plan to vote by mail this cycle while only 18% of Republicans plan to mail in their ballots.