The chat got heated on Dallas’ “The Broadcast” yesterday when co-host Amy Kushnir got so upset over Michael Sam’s “draft kiss” that she stormed off the set in mid-segment. What a real pro.

Said Kushnir, before stomping off:

“Here’s the thing. ESPN would not have aired any of it had he been kissing his wife.”

The usual cries of gays “shoving it in my face” make their appearance. If the sentiments weren’t so icky, this would be funny.

Note that Kushnir says she doesn’t like to see public displays of affection. THAT’s what bothered her. But – check out the main image on her Facebook page.  Why, is that a public display of affection?  Is she kissing someone and “shoving it down our throats?” Truth be told, what Ms. Kushnir doesn’t like are PDAs between the gays. 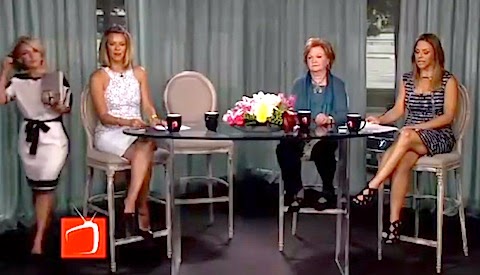