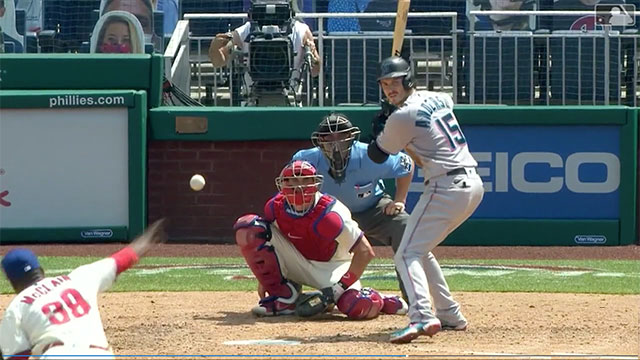 Major League Baseball is holding an emergency meeting today to discuss plans for the rest of the truncated 2020 season after the Miami Marlins’ home opener was postponed after 13 members of the organization tested positive for COVID-19.

More than a dozen members of the Miami Marlins, including 11 players and two coaches, have tested positive for COVID-19 while in Philadelphia, ESPN’s Jeff Pasan reported Monday morning.

That’s up from the four players who had tested positive as of Sunday.

The team wrapped a series against the Phillies on Sunday, and were set to fly home to Miami on Monday.

However, their flight home has been canceled, Action News has learned.

Major League Baseball announced the postponement of both Miami’s home opener against the Orioles and the Phillies home game against the Yankees on Monday.

Updating the Miami Marlins’ outbreak: The total number of infected players is 11 of the 33 who have been traveling with the team and two coaches, sources tell ESPN.

The Marlins-Orioles and Yankees-Phillies games tonight have been postponed. For now, the rest may be played.

MLB has its scheduled call with all 30 owners today at about 12:30 pm Eastern. That suddenly is a different call than it would have been 48 hours ago.