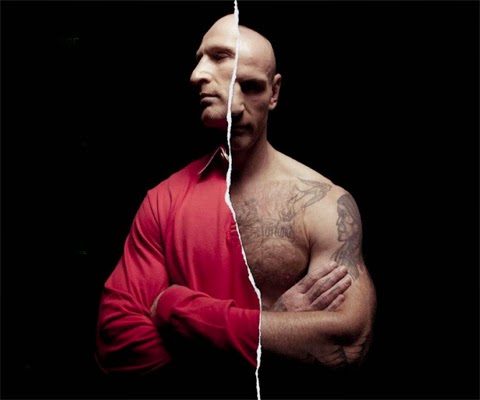 A new play based on the life of out Welsh rugby legend Gareth Thomas opened last night, produced by National Theatre Wales in Cardiff, Wales.

Crouch, Touch, Pause, Engage tells the story of former captain “Alfie,” who won 100 caps for Wales before coming out as gay.

“I was doing something nobody had done before, and if you’re the first to do something, you have to be prepared to take the sh*t for it.”

On the eve of one of the most important games of his career, Welsh rugby legend Gareth Thomas received a warning: The Sun newspaper was going to “out” him as gay.

This is the story of two Welsh names bruised, but not beaten, by media speculation; Gareth “Alfie” Thomas, 100 caps for Wales, once its captain, now the world’s most prominent gay sportsman; and his hometown, Bridgend.

Working with “Alfie” himself, and young people in Bridgend, two of the UK’s most exciting theatre companies – National Theatre Wales and Out of Joint – have teamed up to tell a great Welsh story about sport, politics, secrets, life and learning to be yourself.

Crouch, Touch, Pause, Engage runs at the Sherman Theatre until March 7th before touring in Aberystwyth, Bethesda, Aberdare and Bridgend.

In the clip below, Thomas watches a scene from the play which recreates the moment he told his wife he is gay.