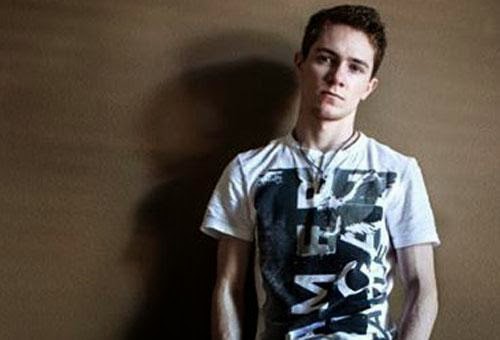 Twenty year-old James Alexander, a student at the University of Houston, has shared his coming out story in a moving and compelling essay for LGBTQNation.

It’s really a must read for folks who realize the depth of our fears and concerns when figuring out how and when to come out.

James beautifully chronicles the moment he came out on Facebook to his high school friends and the support he received; and the long and painful journey he and his parents shared in accepting his sexuality.

Just an excerpt from James’ story:

My first week in community college I made several friends and kept contact with those I had made at the University as well. I went to class, talked with friends, and then I’d go home to study.

My second week of school I decided to join the LGBT alliance to meet new people who may have been in the same position as me. The club became a haven for me. I felt safe and validated there, but at home things started to get increasingly worse. My father, mother and brother-in-law made several homophobic remarks on a regular basis that ate away at my self-esteem which became apparent after several weeks.

I kept doing the same routine: school, study, sleep, repeat. Sleep became increasingly cumbersome as my mental health started to deteriorate. I started having dreams where I’d speak, but not be heard. Over many of this reoccurring dream I would speak to the crowds of people around me in an ever increasing volume and received no response.

Then, my dreams started to get violent. I remember waking up from a very graphic and brutal nightmare and then knew I had two choices: come out, or sit by while my mental health plummeted. I chose to come out.

Like James, I grew up in conservative Texas. I understand much of the mindset and opinions that are so pervasive throughout the state’s culture.

But, I was lucky to have a father who supported my dream of being an actor, let me attend the best school I could get into (even if it was across the country), and when I did finally address my sexuality – he barely blinked.

With all the progress the LGBT community has made in recent years, I think we may have made a mental leap that misses the reality that there are still difficult coming out stories.  Everyone doesn’t get a hug and an ice cream cone in these huge life moments.

For some – like James – coming out is a slow, but forward process.  For others, like Daniel Pierce in Georgia, whose coming out went viral when a video of the event documented verbal and physical abuse, it’s still a very emotionally raw life event.

The good news is we have strong, courageous men like James and Daniel, who had the clarity of heart to not only stand up for themselves, but share their stories.  And in their stories, other young people will find strength and self-confidence.

I urge you to read James’ essay at LGBTQNation.

And remember National Coming Out Day is October 11th. If you are closeted – at any age – and feel you need to talk to someone, reach out to folks who are always there, like at The Trevor Project. Or hell, email me here if you want to share.

Thanks to James – one more important journey that shows it does get better.