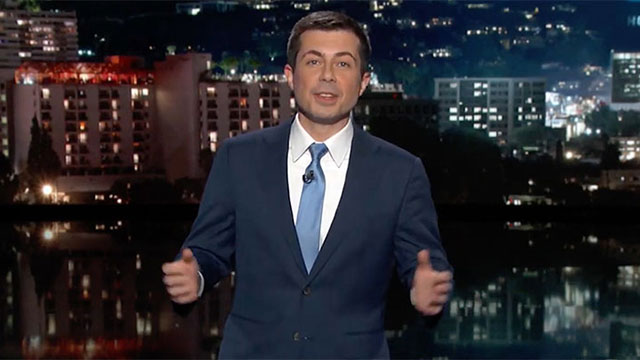 Complicating that equation, however, is the fact that MSNBC stalwarts Steve Kornacki and Joy Reid both want the gig as well. The two have been alternating as host in the 7 pm ET slot since Matthews’ surprise exit two weeks ago.

“Steve and Joy both want this job and neither know that behind their backs the network wants Mayor Pete. The new trend is hiring former politicians and the people around them. No-one is a better example of this than Nicole Wallace who worked on the John McCain and Sarah Palin campaign. Her show on MSNBC is now a monster hit and the executives are hoping to recreate that with Mayor Pete,” sources tell STRAIGHT SHUTER. “Let’s be honest, Pete needs a job. The pay is good, and the hours are great, plus after his rise to a national level he isn’t going to want to give up the spotlight.”

I thought Mayor Pete did a terrific job as guest-host this past Thursday for Jimmy Kimmel Live. Check out my review here.