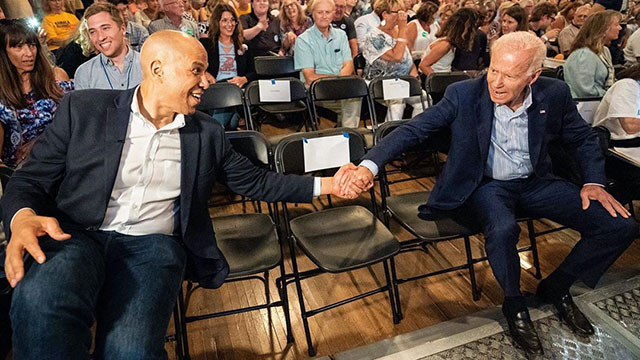 Mr. Booker’s endorsement comes one day after Senator Kamala Harris of California endorsed Mr. Biden, and the two senators will appear with him at a rally in Detroit on Monday night. Mr. Booker will also campaign alongside Mr. Biden in Flint, Mich., earlier in the day and attend a fund-raiser with him.

Mr. Booker and Ms. Harris were two of the most prominent black candidates to run for president, and their endorsements come as Senator Bernie Sanders of Vermont scrambles to make up ground among black voters in Michigan, where they make up a sizable part of the electorate.

“African-American voters in the South, African-American voters here in Detroit, they have played a pivotal role in my entire lifetime in choosing the Democratic nominee,” Mr. Booker said. He pointed to Mr. Biden’s deep connections with black voters and what Mr. Booker saw as “understanding the issues of race and frankly racial reconciliation and racial justice, and even saying things now about choosing a black woman on the Supreme Court.”

We need a candidate who can best unify all of us and that is @JoeBiden. pic.twitter.com/cqdNrDMWsG

The answer to hatred & division is to reignite our spirit of common purpose.@JoeBiden won’t only win – he’ll
show there's more that unites us than divides us.

He’ll restore honor to the Oval Office and tackle our most pressing challenges.