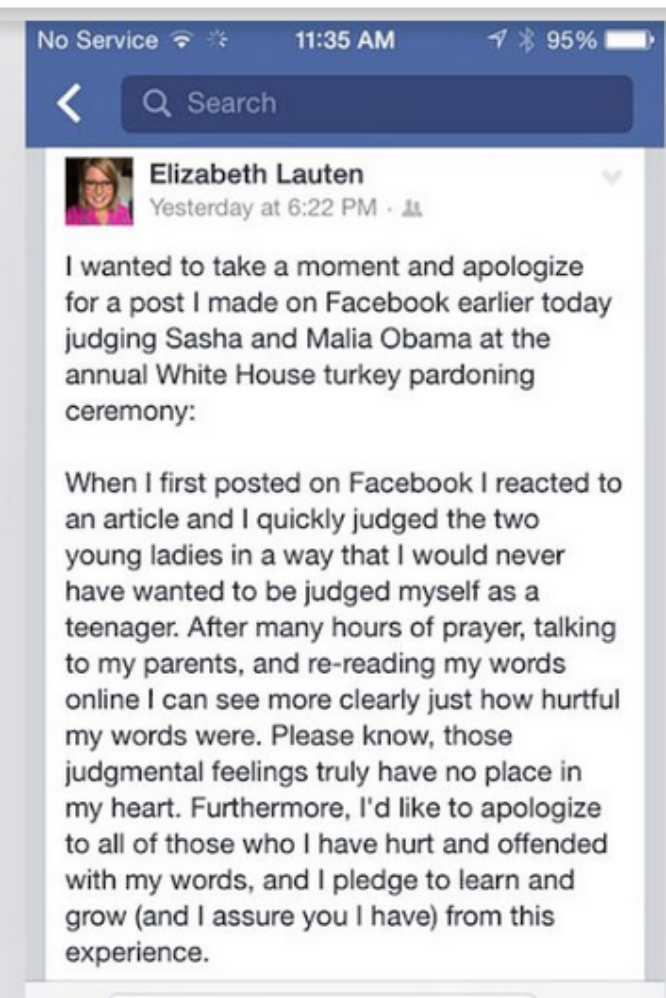 Karma is a bitch. And it would seem no one knows that better today than (former?) communications director for GOP Congressman Stephen Fincher, Elizabeth Lauten.

As I reported over the weekend, Ms. Lauten took the Book of Face and criticized Malia and Sasha Obama for not showing enough “class” when attending this year’s Thanksgiving Turkey Pardon, a light-hearted holiday event at the White House.

MNSBC is now reporting that the high priestess of all things “class” is in the process of resigning, which is appropriate. 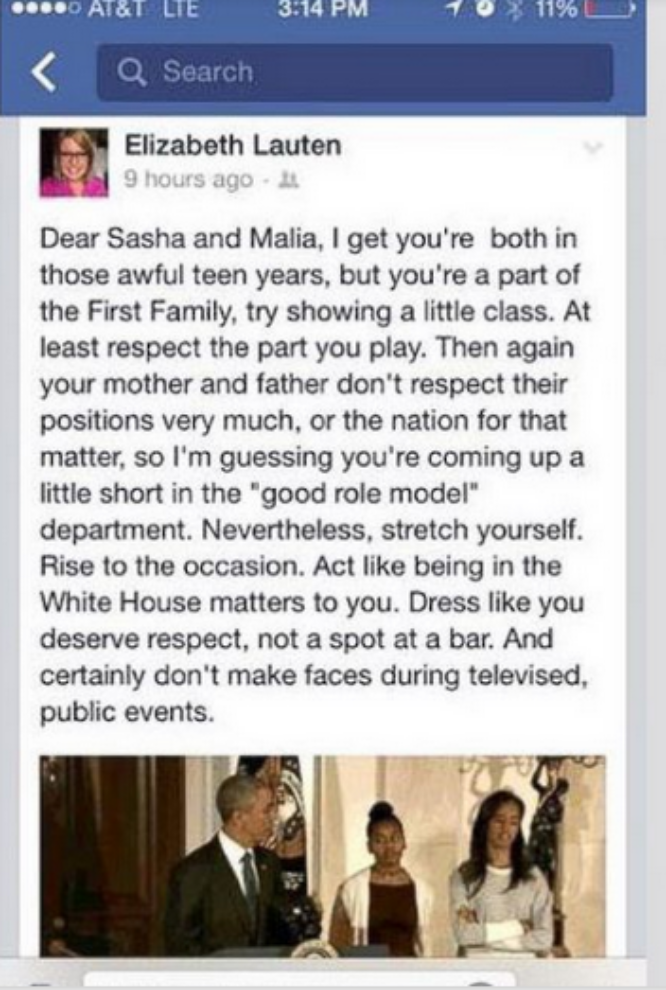 Lauten then deleted the rant, and posted this “apology” which also quickly disappeared:

Politics is a strange game, yes. But there are rules. And one hard and fast rule is that children of politicians are out of bounds. Period.

It’s strange that someone with the title “Communications Director” – whose skill sould be understanding the media and messaging of a congressman – would be so tone deaf. Her job would be to put out fires, not start them.