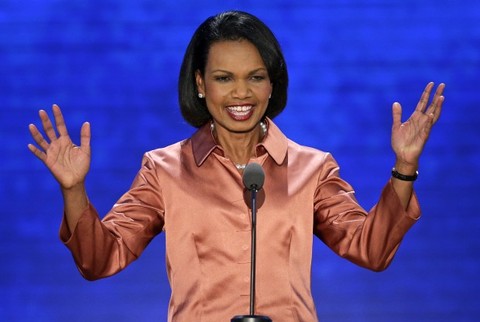 The story is going around that Condoleezza Rice, former Secretary of State, was passed over as a running mate to Mitt Romney due to her support for abortion rights and civil unions.

“Condi was fully vetted to become Mitt Romney’s running mate and turned over financial records, including tax returns,” a source told the site. “However, Mitt’s advisers talked him out of it because Condi is pro-choice and she isn’t willing to change her position on the controversial issue. Condi also supports same sex civil unions which again, put her at odds with Romney. Mitt had a hard time getting the ultra conservative support of the GOP and was told if he picked Condi that would immediately be lost and so he ultimately picked Congressman Paul Ryan to be his running mate.”

I think it speaks volumes that Condi Rice appears to be TOO middle of the road politically to be on the ticket. Even with her experience and credentials as former Secretary of State.

Rumor has it she may make a run for Governor in California soon.