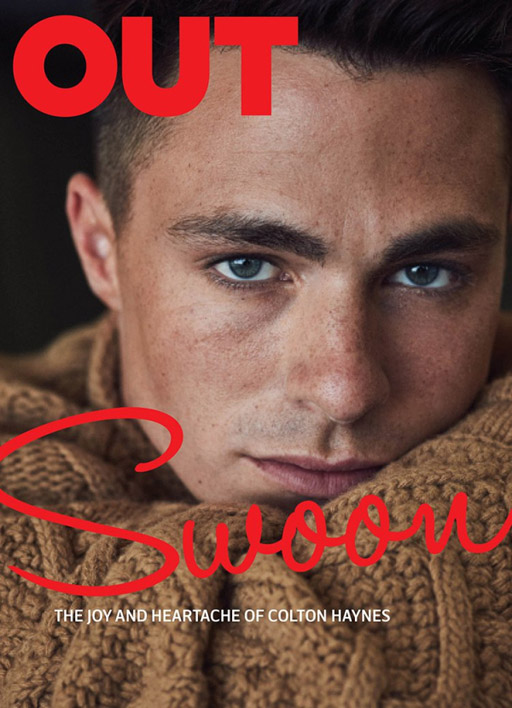 Teen Wolf and Arrow star Colton Haynes opens up on several intimately personal topics in a new interview with OUT Magazine plus a new Bruce Weber inspired photo shoot.

Why he took so long to publicly come out:

“I feel really bad that I had to lie for so long. But I was told that was the only way I was going to be successful. When you’re young in this industry, people take advantage of you, and they literally tell you that your dreams are going to come true. If you believe that, you’ll do anything. And you do believe it, especially if you’re from Kansas.”

On his dad’s passing:

“I’m the last person in the world who would say, ‘Oh, my dad—pity me,’” says Haynes, whose father, seven times married, split from Dana and was never close with him. “But I was told that my dad killed himself because he found out I was gay. So, of course, I lost it and was like, ‘How could you say something like that?’ And no one will ever really know the truth. But my brother and my mom went to pick up my dad’s stuff, and the only picture on his fridge was my eighth-grade graduation picture. So I was just like, Fuck.”

Regrets over trying to scrub the internet of his now infamous XY Magazine photo shoot:

“All I remember is, I was so excited to do that photo shoot. ‘This is it! I’m going to be in a magazine!’ I truly thought it was going to be this serious moment in my career, and I knew it would earn me enough money to get to L.A.”

What Haynes didn’t expect was that the XY photo shoot would follow him (“It was everywhere,” he says) and eventually become the most unimpeachable evidence against a closeted celebrity in recent memory. Around the time he landed his breakthrough role on Teen Wolf in 2011, Haynes was taking the heat for efforts by his team to wipe the XY shots from the Internet.

“I looked like I was fucking gay-bashing,” he says. “Like I hated myself or I hated the gays, which was never the intention at all. I was just young and trying to make it in this town and doing what these people were telling me to do.”

The article also covers the launch of Haynes’ new merchandise site and the last time he had sex (or not).

Head over to OUT for the full article. 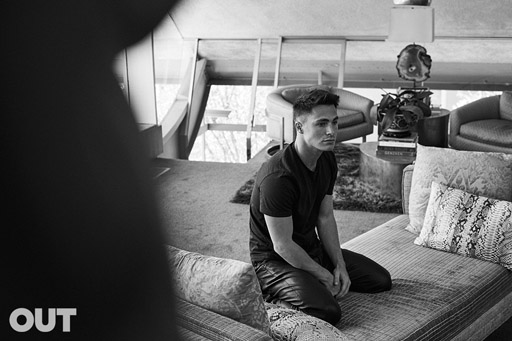