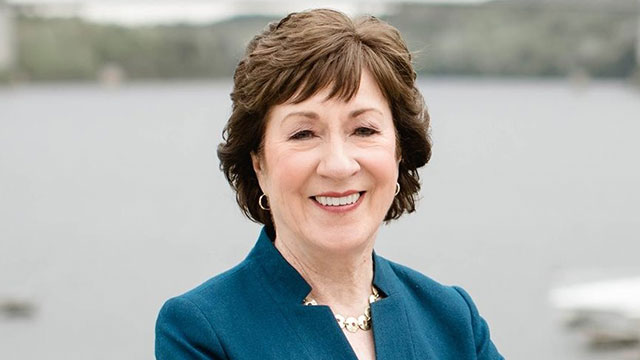 In the aftermath of the passing of Supreme Court Justice Ruth Bader Ginsburg, Sen. Susan Collins (R-ME) has issued a statement saying the Senate should not vote on a new SCOTUS justice before the upcoming presidential election.

“In order for the American people to have faith in their elected officials, we must act fairly and consistently – no matter which political party is in power.

“President Trump has the constitutional authority to make a nomination to fill the Supreme Court vacancy, and I would have no objection to the Senate Judiciary Committee’s beginning the process of reviewing his nominee’s credentials.

“Given the proximity of the presidential election, however, I do not believe that the Senate should vote on the nominee prior to the election.

“In fairness to the American people, who will either be re-electing the president or selecting a new one, the decision on a lifetime appointment the Supreme Court should be made by the president who is elected on November 3rd.”

My statement on the Supreme Court vacancy: pic.twitter.com/jvYyDN5gG4

Breaking: Maine Senator Susan Collins became the first Republican to break ranks with GOP leadership and President Donald Trump to say the next Supreme Court nominee should be selected by whoever is elected president on Nov. 3.https://t.co/7gvRULawjQ

SUSAN COLLINS: “Given the proximity of the presidential election, however, I do not believe that the Senate should vote on the nominee prior to the election.”

She says the winner should pick the next justice. https://t.co/FGnQKGpymK

One thing that’s not addressed in @SenatorCollins‘s statement is how she would vote if McConnell does hold a vote despite her opposition to holding one. Theoretically she could not vote at all and deny the nominee needed support without opposing him/her. https://t.co/sZUBeZgSnE

Maine’s Susan Collins is 1st R to break ranks to say next SCOTUS nominee should be selected by the person elected in Nov. But she doesn’t say she’d vote against.

And of course she's left herself a lot of wiggle room. She could have said "I will vote no on any vote before the election, and on any vote held during the lame duck in the event of a Trump loss." She didn't. But the statement reflects the bind she's in with the voters of Maine.