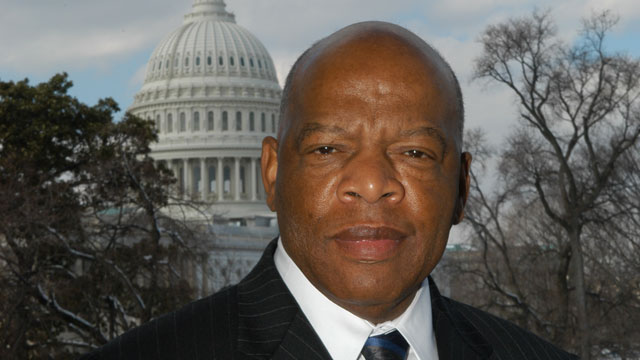 Lewis, 79, said he was diagnosed following a routine medical visit with subsequent tests that reconfirmed the diagnosis. The long-time Georgia congressman will undergo treatment for the cancer.

“I have been in some kind of fight — for freedom, equality, basic human rights — for nearly my entire life. I have never faced a fight quite like the one I have now,” Lewis, who in March 1965 joined forces with Martin Luther King Jr. to lead a voting rights march out out Selma, Alabama, said in a statement.

He continued later: “While I am clear-eyed about the prognosis, doctors have told me that recent medical advances have made this type of cancer treatable in many cases, that treatment options are no longer as debilitating as they once were, and that I have a fighting chance.”

Pancreatic cancer was the third-leading cause of death from cancer in the United States in 2018, after lung and colorectal cancers, according to the National Cancer Institute.

John Lewis stood up for civil rights by taking part in sit-ins when he was just 20.

He was beaten during the Freedom Rides when he was 21.

He was the youngest speaker at the March on Washington at 23, and had his skull fractured in Selma during Bloody Sunday at the age of 25.

John Lewis doesn’t back down from a fight.