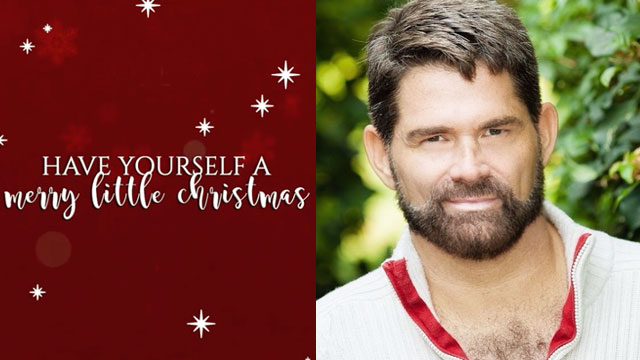 TRR favorite Matt Zarley offers his take on the pensive holiday classic, “Have Yourself A Merry Little Christmas.”

Penned by Hugh Martin and Ralph Blane, the song made its debut in the 1944 Judy Garland film, Meet Me In St. Louis, but not before Garland and studio execs asked for a tweak or two.

For instance, this was the original opening of the song: “Have yourself a merry little Christmas / It may be your last / Next year we may all be living in the past.”

But that felt a bit dark for Miss Judy.

Leaning a bit lighter, Martin revised the line to read: “Let your heart be light / Next year all our troubles will be out of sight.”

I think Jude’s instincts were pretty spot-on, no?

In 1957, Frank Sinatra appealed to Martin for another revision to the holiday standard.

Planning to release his take on the song for his A Jolly Christmas album in 1957, Sinatra felt “Until then we’ll have to muddle through somehow” needed to be ‘jollied up.’

Martin revisited the song again and came up with “Hang a shining star upon the highest bough.”

In his approach to the song, Zarley takes on the song as written – bringing his considerable vocal powers to bear with an R&B bent reminiscent of the great Luther Vandross. Longtime collaborator Andy Zulla shares producer duties with Zarley to deliver top-shelf production.

Visually, the award-winning artist takes us on a virtual trip around the world from city to seashore, from small town to the Eiffel Tower.

Sit back and take a listen.