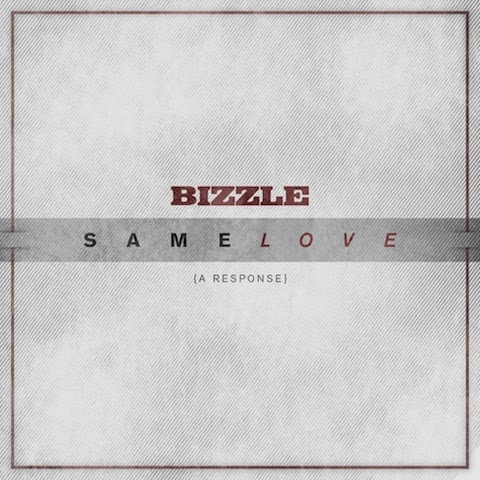 Christian rapper Bizzle has taken an instrumental version of Macklemore’s “Same Love” and written his own anti-gay version of the song. Here’s just some of the “Christian” lyrics:

You rather fight God than fight sin / The Bible is alright until it calls what you like sin / And I feel so disrespected that you were so desperate / You would compare your sexual habits to my skin / Calling it ‘the new black?’ Tell me, where they do that? / They hung us like tree ornaments, where were you at? / They burned us for entertainment, you go through that?” / Moms raped in front of their kids while they shoot dad / Ever been murdered just for trying to learn how to read, bro? / Show of hands? I didn’t think so / So quit comparing the two it ain’t the same fight / You can play straight. We can never play white.

You were never oppressed. The devil was a liar / The only thing oppressed was your sexual desire / Keeping your desires oppressed is so lame to you / But when you get married that’s what you expect your mate to do / It angers you if I compare you to a pedophile / Because he’s sick, right, and you’re better, how?

My take is – if Bizzle is so smart and talented, why’s he gotta take someone else’s song and riff on that?  Why’s he gotta steal?  (By the way, what does the Bible say about stealing?) Can’t be interesting on his own?

More on Bizzle at the Houston Chronicle. You can listen below if interested: