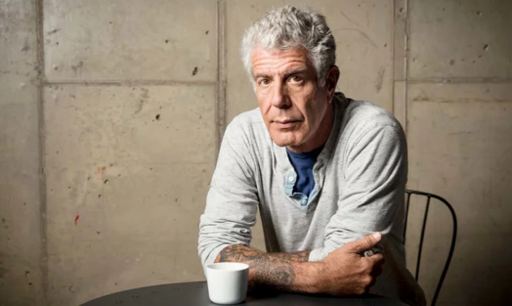 Chef and traveler Anthony Bourdain, host of CNN’s Parts Unknown, has passed away after being found unresponsive in his hotel room in France by friend and fellow chef Eric Ripert.

The chef, story-teller and award-winning TV host was 61.

According to several reports, the cause of death is an apparent suicide.

Boudain and Ripert were in France filming an episode for the popular CNN series.

It is with extraordinary sadness we can confirm the death of our friend and colleague, Anthony Bourdain. His love of great adventure, new friends, fine food and drink and the remarkable stories of the world made him a unique storyteller. His talents never ceased to amaze us and we will miss him very much. Our thoughts and prayers are with his daughter and family at this incredibly difficult time.

Bourdain was author of numerous celebrated books and winner of almost every food award in existence. He was held in high regard within the food industry and admired by fans who appreciated his raw and real exploration of uncharted areas of the world.

After nine seasons of his Emmy Award-winning No Reservations on The Travel Channel, Boudain launched his wildly successful Parts Unknown in 2012.

In 2013, Peabody Award judges honored Bourdain and Parts Unknown for “expanding our palates and horizons in equal measure.”

An ally to the LGBTQ community, he teamed up with the Human Rights Campaign in 2014 for the push for marriage equality.

I’ve often shared with folks that the best way for the world to learn to understand each other is to travel. The sharing of food with people in other places becomes an instant connection, and we move closer from there.

Just as having visibility for the LGBTQ community makes us that much more relatable, travel opens our minds and hearts to understanding the hows and whys of others.

And that is exactly what Anthony Bourdain helped us do.

Please contact the National Suicide Prevention Lifeline at 1-800-273-8255 if you are having thoughts of suicide.

My heart breaks for Tony Bourdain. May he rest in peace now. He was a friend, a collaborator, and family. A huge personality, a giant talent, a unique voice, and deeply, deeply human. My heart goes out to his daughter and family, and his longtime partners and friends at ZPZ.

Stunned and saddened by the loss of Anthony Bourdain. He brought the world into our homes and inspired so many people to explore cultures and cities through their food. Remember that help is a phone call away US:1-800-273-TALK UK: 116 123

Anthony Bourdain was an ambassador for the power of travel. He showed us how breaking bread breaks down barriers between cultures and people. He will truly be missed. pic.twitter.com/kQc2cOIHsd— Dina Titus (@repdinatitus) June 8, 2018