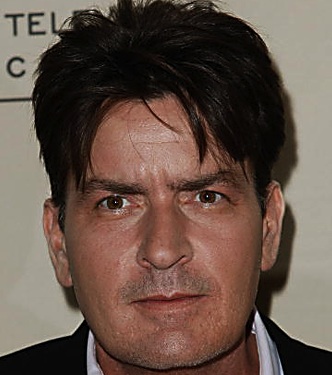 From the LA Times: “Warner Bros. has fired Charlie Sheen from the hit CBS show “Two and a Half Men.”

The move comes after several weeks of very public battling between the actor and CBS, Warner Bros. and “Two and a Half Men” co-creator Chuck Lorre.

In a statement, the studio said, “After careful consideration, Warner Bros. Television has terminated Charlie Sheen’s services on ‘Two and a Half Men’ effective immediately.”

Production on the show was stopped in late January after top executives from CBS and Warner Bros. confronted Sheen about his private life. Sheen has made no secret of embracing a sex, drugs and rock ‘n’ roll lifestyle. Messy divorces, accusations of violence toward women and trips to rehab have been staples of his life for over two decades.

None of his personal life seemed to have any impact on his career. He is the highest paid actor in television, with a salary that reaches $2 million per episode when his portion of rerun money is included. Although production was also shut down last year because of Sheen’s personal issues, CBS and Warner Bros. never publicly came out against that star.

That all changed last month when Sheen suddenly became very critical of Lorre, Warner Bros. and CBS. He made fun of Lorre, and CBS and Warner Bros. announced they were suspending production of the show for the rest of the season.

Sheen then retained Hollywood lawyer Marty Singer, who threatened to sue Warner Bros. if Sheen was not paid for the rest of his contract, which runs through next season.

Warner Bros. and CBS did not say if they would try to keep the show alive without Sheen. The deal CBS has for the program runs through next season and costs about $4 million per episode.”