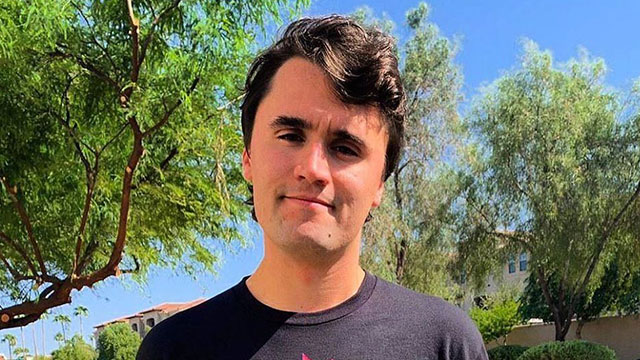 Conservative pundit Charlie Kirk began trending on Twitter this morning after it was discovered that math poses special challenges for the young Mr. Kirk.

Kirk, who runs the far-right student group Turning Point USA (which attracts a lot of support from white nationalists), apparently thought he could prove that Donald Trump’s baseless voter fraud allegations are true.

He followed those stats with the statement “And we’re not allowed to question his ‘victory.'”

As most people know, conservative/Republican presidential candidates tend to do well in rural areas (i.e. counties with not a lot of people) and Democratic candidates see much of their support in urban areas (big cities where there are a LOT of people in a relatively small area).

I’m guessing Kirk was stumped by the fact that Donald Trump might have won many more counties than Joe Biden but didn’t win the election.

For instance, here in my state of Nevada, Trump handily won Esmeralda county with a vote total of 400 votes to Biden’s 74. Yep, those were the total votes cast for those candidates.

Meanwhile, Biden won Clark country with 521,852 votes over Trump’s 430,930 votes – a difference of over 90,000 votes. See how that works, Charlie? At the end of the race, if you get the most votes in a state, you win that state’s electoral college votes. County lines don’t factor in how votes are counted.

Twitter had a field day about population density and the fact that land can’t vote.

This is such a dumb meme — and not how we vote. https://t.co/JplYntqbVu

Counties are an arbitrary and meaningless unit. California, with a population of 40 million, has 58 counties…while Montana, with only one million residents, has 56 counties.

And we're not allowed to question your "logic"?

Biden took 10 counties in those 3 Trump states but I still counted their pop for Trump.

Hope that clears the math up for you. https://t.co/eZvYJotDxd

Who is going to explain to them that there are 10 million people in LA County, and just 169 in Loving County, TX?

And then who will explain that 10 million is more than 169?

Trump supporters get upset when you point out that 81 million is bigger than 74 million and 306 electoral votes is +36 more than you need to be declared the winner.

Heres what the counties look like by population pic.twitter.com/Yqx5bY0Yro

I love when they use that map. Pairs nicely with the “land doesn’t vote” gif pic.twitter.com/3OlUdW9eMk

States with a lower population than Los Angeles County: pic.twitter.com/xcER9hsm3X