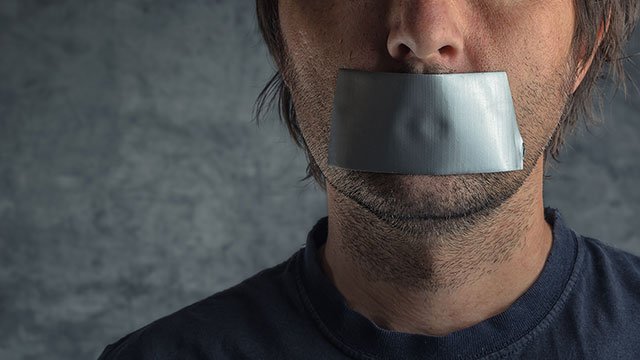 The New York Times editorial board calls out the dangerous censorship of so-called Christians and far-right extremists in a new op-ed.

The essay points to Florida’s controversial Don’t Say Gay bill as well as the targeting of librarians for having Pulitzer Prize-winning books on their shelves.

Fights about free speech can feel rhetorical until they are not.

Here’s what censorship looks like in practice: A student newspaper and journalism program in Nebraska shuttered for writing about pride month. The state of Oklahoma seeking to revoke the teaching certificate of an English teacher who shared a QR code that directed students to the Brooklyn Public Library’s online collection of banned books. A newly elected district attorney in Tennessee musing openly about jailing teachers and librarians.

In Florida today it may even be illegal for teachers to even talk about who they love or marry thanks to the state’s “Don’t Say Gay” law. Of course, it goes far beyond sex: The sunshine state’s Republican commissioner of education rejected 28 different math textbooks this year for including verboten content.

Acts of censorship are often tacit admissions of weakness masquerading as strength. This weakness is on full display with the imposition of so-called educational gag orders, laws which restrict the discussions of race, gender, sexuality and American history in K-12 and higher education.

Trying to enshrine censorship into law is in an act of weakness masquerading as strength, writes the editorial board. “A political project convinced of the superiority of its ideas doesn’t need the power of the state to shield itself from competition.” https://t.co/xwHt0Z8jeY