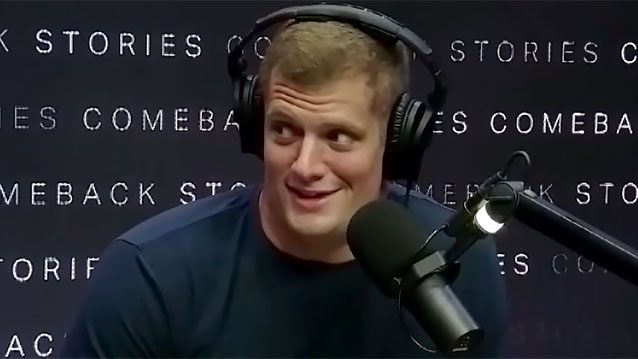 Carl Nassib, defensive end for the Las Vegas Raiders and the only out active player in the NFL, shared a sweet photo on his Instagram stories with his (until now) rumored boyfriend, Erik Gudzinas.

Nassib tagged Gudzinas in the post after adding a simple caption of two heart emojis.

During an appearance on the “Comeback Stories” podcast in September, hosted by his Raiders teammate Darren Waller, Nassib shared some insight into his life and his perspective on the coming out experience.

At one point Nassib, who is openly grateful for the full life he has, said the one thing previously missing from his life was “to be someone’s number one priority.”

Podcast co-host Donny Starkins inquired as to how he “got that,” to which Nassib replied, “Oh, I met an awesome guy. He’s the best.”

Here’s the chat cued up to Nassib’s “awesome guy” remark.

Internet detectives believe they’d deduced that the “awesome guy” might be Gudzinas whose Instagram page had several photos of the two hanging out, hiking, and more.

Speaking of Instagram, I think it’s notable that while Nassib has over 322K followers on the platform, he personally follows only ONE account – The Trevor Project – the world’s largest suicide prevention and crisis intervention organization for LGBTQ youth.