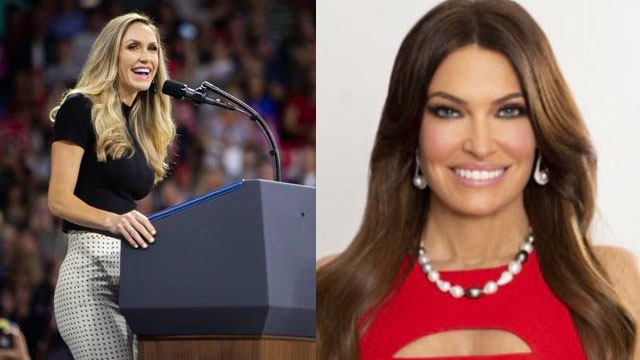 Why through a private company, you ask?

Kimberly Guilfoyle, the girlfriend of eldest son Donald Trump Jr., and Lara Trump, wife of middle son Eric Trump, are each receiving $15,000 a month, according to two GOP sources who are informal White House advisers and who spoke on condition of anonymity.

They were unsure when the payments began but say they are being made by campaign manager Bradley Parscale through his company rather than directly by either the campaign or the party in order to avoid public reporting requirements.

“I can pay them however I want to pay them,” Parscale told HuffPost on Friday, but then declined to comment any further.

Critics of the arrangement, including Republicans, said the setup was designed to get around Federal Election Commission rules that require campaigns, political parties and other committees to disclose their spending in detail.

“A lot of people close to Donald Trump are getting rich off of his campaign,” said Paul Ryan, a campaign finance legal expert at the watchdog group Common Cause. “They don’t want donors to know that they’re getting rich. Because, at the end of the day, it’s donor money.”