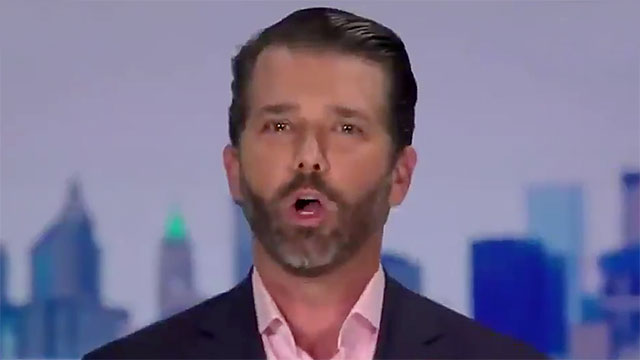 The folks at MeidasTouch.com discovered that many of Donald Trump Jr’s attacks on former Vice President Joe Biden actually reflect the reality of Trump’s dad.

MeidasTouch is a next-generation political organization, reimagining progressive ideals for the rapidly changing digital age. Founded by three brothers with a passion for democracy and justice, their aim is to not only be in the conversation but to create the conversation.