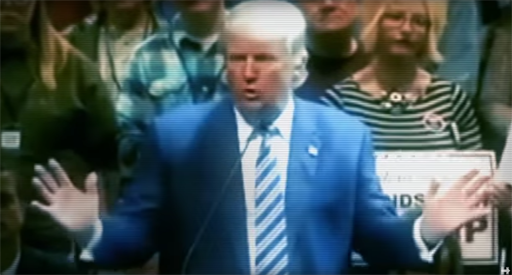 New spot from the Hillary Clinton campaign going up in battleground states Florida, Pennsylvania, New Hampshire, Iowa, Nevada, Ohio, North Carolina, and the Omaha area of Nebraska, as part of an $80 million ad buy meant to run from now to the end of October.

We all knew Trump’s own words would come back to haunt him. These are exactly the kinds of campaign ads I expected Hillary to run, and they’re the ad I would run if I were in her place.

It’s difficult to throw shade back at Hill when she’s using him own campaign lines against him.

The spot, titled “Just One,” focuses on the Donald’s reckless termperament which makes obvious his inability to serve as commander-in-chief.