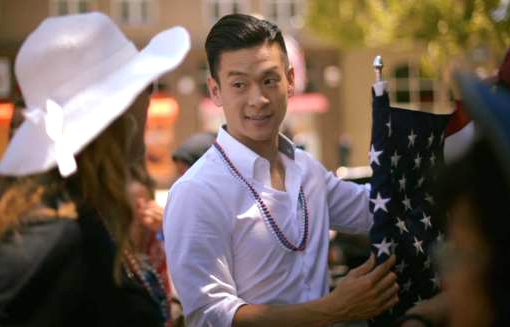 A California lawmaker surprised many when he pulled his bill, Assembly Bill 2943, which would have made so-called ‘conversion therapy’ a fraudulent business practice in the Golden State.

Assemblyman Evan Low (D) was one vote from seeing AB2943 being sent to Gov. Jerry Brown’s desk to be signed into law. The measure had already passed by solid margins in both the Assembly and Senate.

But Low pulled the legislation from consideration after meeting with faith leaders who hold strong objections to the proposed law.

From The Sacramento Bee:

Conservative religious groups vigorously objected to the legislation, which they considered an attack on their First Amendment freedoms. Some churches and other faith-based organizations offer programs that they say help individuals to overcome unwanted same-sex attractions.

Because it applies to consumer transactions, AB 2943 would not have outlawed religious counseling to change an individual’s sexuality or other conversion therapy services if they are offered free of charge. But opponents had promised to challenge the measure in court.

In a statement, Low said his meetings with religious leaders left him “feeling hopeful.”

“I believe every person who attended these meetings left with a greater understanding for the underlying reason and intention of this bill to create a loving and inclusive environment for all,” said Low. “However, I believe there is still more to learn.”

California banned the practice of ‘conversion therapy’ on minors by licensed mental health practitioners back in 2012. AB 2943 would have expanded the ban to adults.

Low’s personal investment in the legislation is deeply personal to him as an openly gay man who experienced confusion as a young man coming to terms with his sexuality.