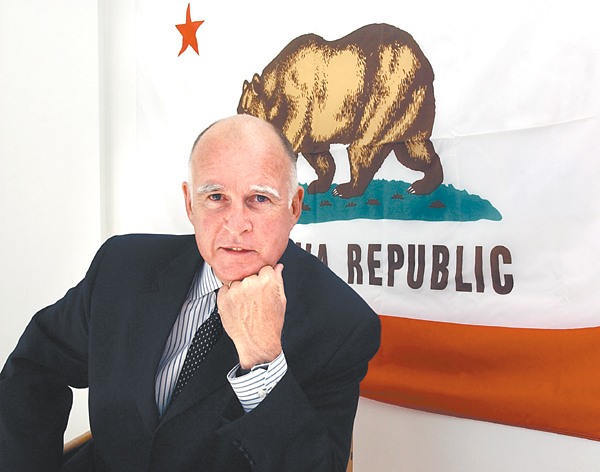 “After years of struggle, the U.S. Supreme Court today has made same-sex marriage a reality in California. In light of the decision, I have directed the California Department of Public Health to advise the state’s counties that they must begin issuing marriage licenses to same-sex couples in California as soon as the Ninth Circuit confirms the stay is lifted.”

The effect of today’s U.S. Supreme Court ruling is that the 2010 federal district court’s decision that Proposition 8 is unconstitutional is left intact and the law cannot be enforced.

In response, the Governor has directed the California Department of Public Health to advise county officials today that the district court’s injunction against Proposition 8 applies statewide and that all county clerks and county registrar/recorders must comply with it. However, same-sex Californians will not be able to marry until the Ninth Circuit Court of Appeals confirms the stay of the injunction, which has been in place throughout the appeals process, is lifted.

In preparation for this outcome, Governor Brown sought an opinion from California Attorney General Kamala D. Harris on whether the state, through the California Department of Public Health, can advise county clerks and registrar/recorders that they are bound by the federal district court’s ruling that Proposition 8 is unconstitutional.

The Attorney General concluded that the California Department of Public Health “can and should” instruct county officials that they “must resume issuing marriage licenses to and recording the marriages of same-sex” couples. The Department will issue another letter to county officials as soon as the Ninth Circuit Court of Appeals confirms the stay is lifted.