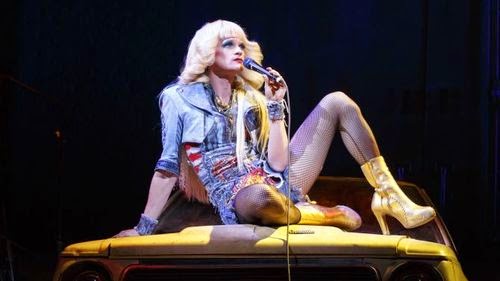 Broadway’s “Hedwig and the Angry Inch” has recouped it’s initial investment in only three months since opening at the Belasco Theater, thanks in great part to the star-power of Neil Patrick Harris.

The producers announced on Tuesday that “Hedwig,” a concertlike show about a transgender rock musician from East Berlin, had recouped its capitalization, which was about $5 million, according to investment papers.

The show has elevated Mr. Harris (best known from CBS’s “How I Met Your Mother”) into Broadway’s newest box office star: The average paid admission to “Hedwig” last week was $148.66, the fourth-highest on Broadway, and the show managed to recoup swiftly even though it’s only holding seven performances a week, instead of the usual eight, because of the score’s demands on Mr. Harris.

Harris won the Tony Award this year for “Best Actor in a Musical” for his performance.

Next up – Andrew Rannells (“Book of Mormon,” HBO’s “Girls”) takes over the lead role as Harris departs on August 17th.  We’ll see then if Harris was the draw, or the show itself…