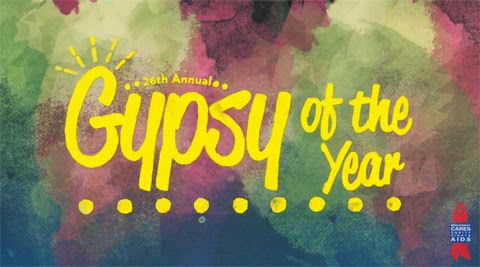 Via Broadway Cares: The 26th annual edition of Gypsy of the Year raised a record-breaking $5,229,611 for Broadway Cares/Equity Fights AIDS thanks to six weeks of fundraising by 64 Broadway, Off-Broadway and national touring companies.

The grand total was announced Tuesday, December 9, 2014, by special guests Hugh Jackman, Nathan Lane and Judith Light after two stellar performances of original dances, songs and skits by more than 200 “gypsies” from Broadway and Off-Broadway shows.

Since 1989, the 26 editions of Gypsy of the Year (#gypsyoftheyear) have raised $62.4 million to benefit Broadway Cares/Equity Fights AIDS. The previous record high for Gypsy of the Year fundraising was $4,895,253 set in 2011.

This year’s top overall fundraiser was The River, which stars Jackman and raised $549,725. During the fund-raising period, Jackman literally sold the sweat-stained shirt off his back for charity.

Broadway Cares/Equity Fights AIDS is one of the nation’s leading industry-based, nonprofit AIDS fundraising and grant-making organizations. By drawing upon the talents, resources and generosity of the American theatre community, since 1988 BC/EFA has raised more than $250 million for essential services for people with AIDS and other critical illnesses across the United States.


Gypsy of the Year 2014 Highlights from Broadway Cares on Vimeo.