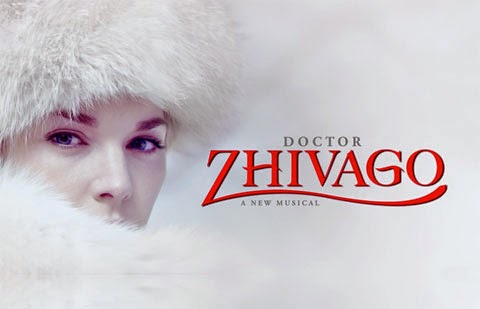 The Broadway stage adaptation of Doctor Zhivago begins previews this week at the Broadway Theater.

Based on the highly acclaimed movie of the same name, Doctor Zhivago is an epic romance, revolving around the search for love during the final days of Czarist Russia, the First World War and the chaos of the Russian revolution.

“Lara’s Theme” (or “Somewhere My Love”) from the acclaimed film was my parent’s “song.”