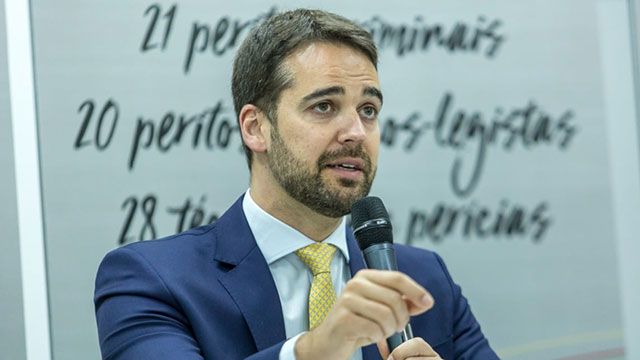 Eduardo Leite, governor of the southern state of Rio Grande do Sul in Brazil and a 2022 presidential hopeful, has come out as gay.

Leite, who hopes to challenge his country’s virulently anti-LGBTQ leader, President Jair Bolsonaro, in next year’s election, came out during an interview with Brazil’s top broadcaster, TV Globo.

“I’m gay — and I’m a governor who is gay rather than a gay governor,” Leite shared with viewers. “Just as Obama in the United States wasn’t a Black president, but a president who was Black. And I’m proud of this.”

Leite, a member of the center-right Brazilian Social Democratic Party (SDB), went on to say he has nothing to hide and wished that sexual orientation was a “non-issue” in Brazil.

The 36-year-old’s announcement was met with much support from the worlds of Brazilian politics and LGBTQ activism.

The Guardian reports Toni Reis, a longtime advocate of LGBTQ rights in the South American country, wrote on social media, “You’ve made history.” 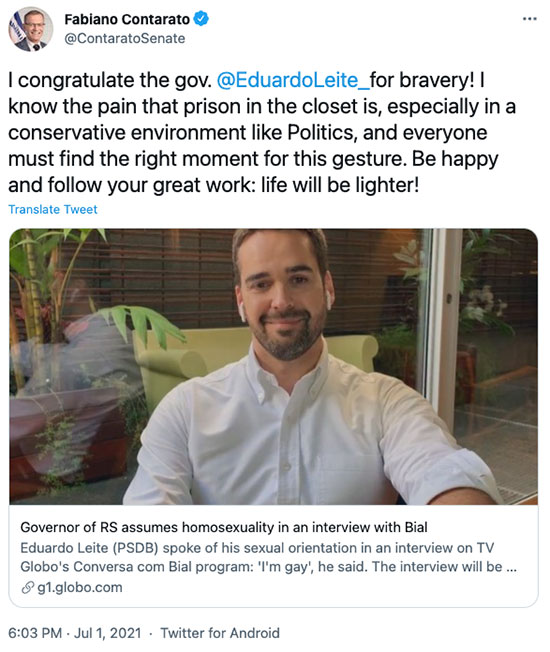 “I know the pain the prison of the closet represents, particularly in a conservative environment like politics,” tweeted Fabiano Contarato, Brazil’s first openly gay senator elected in 2018. “Everyone must find the right moment for this gesture. Be happy and follow your great work: life will be lighter!”

Leite responded to the public show of support on Twitter writing, “The countless messages of care and support I am receiving make me absolutely safe. Love will conquer hate! Thank you very very much everyone!” 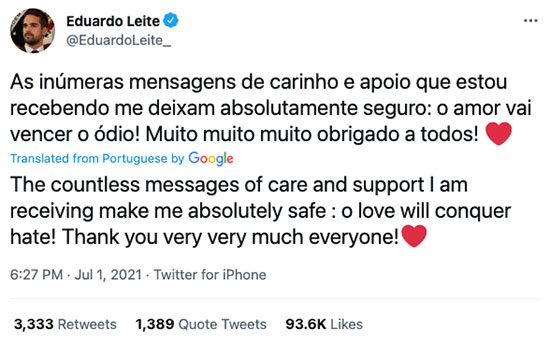 Amid the positive responses, however, were some who noted that Leite eventually came to publicly support Bolsonaro in his 2018 presidential campaign on the eve of the election although he disagreed with Bolsonaro on several policies including the treatment of minorities.

At the time, Leite called his decision a “democratic gesture.”

According to The Guardian, Jean Wyllys, the first out member of Brazil’s congress to fight for LGBT+ rights, noted that Leite has yet to disavow his previous support for Bolsonaro.

“This chap had many opportunities to defend the LGBT community and he didn’t,” said Wyllys. “On the contrary … he was a Bolsonarista until yesterday – and he’s probably still one today, because at no point has he retracted his support for Bolsonaro.”

“So I don’t celebrate this,” added Wyllys. “I’m not part of this team of people who are commemorating this chap coming out of the closet as if it was some great accomplishment for Brazil’s LGBT+ community.”