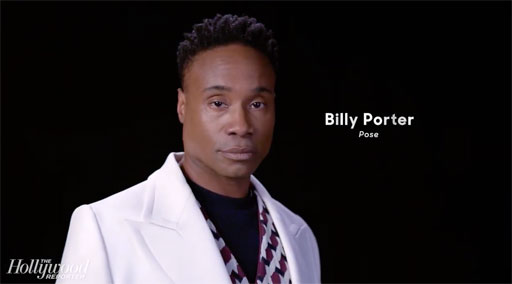 The category is: Hollywood!

Billy Porter, currently starring in the second season of the acclaimed FX series Pose, has been announced to receive a star on the Hollywood Walk of Fame, according to Variety.

The Golden Globe nominee will be honored at an induction ceremony in Los Angeles at a date to be announced.

View this post on Instagram
The Category Is: Hollywood! A huge thank you to the Hollywood Chamber of Commerce @hollywoodchamber for including me in the @hwdwalkoffame 2020 class. What an honor. OMG! Thank you so much. I’m in Hollywood now betches!!!! #hollywoodwalkoffame
A post shared by Billy Porter (@theebillyporter) on Jun 21, 2019 at 10:58am PDT

After spending the 1990s appearing in Broadway musicals like Grease, Smokey Joe’s Cafe, Five Guys Named Moe, and Miss Saigon, Porter took a hiatus from the Great White Way. He said he was tired of being trotted out to center stage to sing a show stopping number but never being given the chance for meatier roles.

In 2017, he penned an essay for the New York Times explaining his decision to turn down those stereotypical roles writing, “It was time to lay down the clown games of my past and find a new dream.”

For years he waited for opportunities, begging for a chance to be seen for roles like the Emcee in Cabaret, and the title role in Hedwig and the Angry Inch. But, to no avail.

So he stepped back, and decided to create his own stories.

He enrolled in a screenwriting course at UCLA; he became an artist-in-residence at the Public Theater in New York City where he would create his one-man show, Ghetto Superstar.

He finally got his chance at a heavy-duty role when he was cast in the 2010 off-Broadway revival of Angels in America in the role of “Belize.” As Porter says, “It took me 15 years to do so, but the game had officially been changed.”

Then in 2012, Broadway came calling with a star-making role – drag queen “Lola” in the new musical Kinky Boots. Playing to all of his strengths, he broke through to a whole new level snatching up the Tony Award for ‘Best Actor in a Musical’ in 2013.

In 2018, at an audition for the role of the dance teacher for the then-in-development Pose, Porter told casting directorAlexa Fogel he didn’t feel the role spoke to him.

Having lived through the heyday of the 1980s ball culture during the height of the AIDS epidemic, Porter suggested a new role – a paternal, ‘daddy’ character to help usher the inhabitants of the ballroom through their struggles.

“Would you like to have a daddy in the room?,” said Porter.

Weeks later, Fogel rang Porter up and said producer Ryan Murphy agreed with his idea. Porter was asked to come in with his version of the emcee from the film Paris Is Burning.

The rest, as they say, is history.

With all his recent successes, Porter is still creating in the theater.

He is the author of the 2014 off-Broadway play, While I Yet Live, as well as Untitled Sex Project, scheduled to premiere off-Broadway this fall with Porter in a starring role.