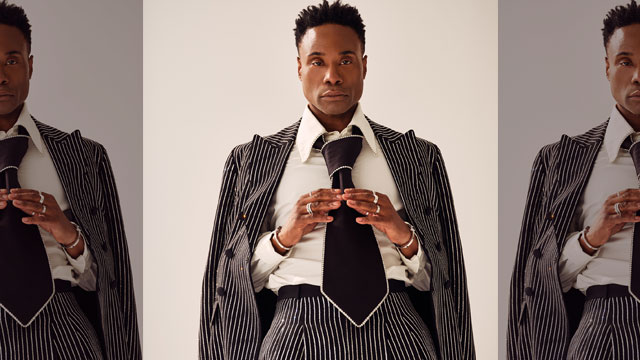 Billy Porter has survived a lot. But, also, the man has lived.

“At 52 years old, I am getting to the deepest parts of my truth,” Billy Porter tells PEOPLE exclusively in this week’s issue. “I’m having a rebirth — on my own terms.”

Raised in Pittsburgh by a mother with a disability and within a conservative Pentecostal community, Porter was always the Billy Porter we know today: a trailblazer.

But the world wasn’t always ready for him.

Just as Porter has always said what he wanted to say — most recently in his new memoir, Unprotected — other folks have always said a lot about him.

Unboxing alert! 🚨 Just 3 weeks until #Unprotected drops! Have you pre-ordered your copy yet? @ABRAMSbooks https://t.co/ehVo3Ti8JV pic.twitter.com/BpI3o6y87t

Growing up, he was too girly. Billy Porter tells PEOPLE:

“My Black queerness made everyone uncomfortable,” he says. He was beaten in first grade and woke up in the hospital. He remembers his unflappable mother, now 76, telling him,  “They crucified Jesus, baby. You’ll be fine.”

Porter also shares how he was sexually abused by his step-father for five years, and how those experiences affected his relationship with intimacy.

“My sex life in relation to intimacy, it’s not — it’s not good at all,” he says. Married to longtime boyfriend Adam Smith, 40, since 2017, he still struggles with his past. “It’s really, really hard in a marriage, you know, when you’re trying to figure out how to be intimate with somebody. But we’re growing together and healing together. It’s a lot of hard work. Let me say, it’s worth it.”

At Carnegie Mellon, where he studied theater on a scholarship, he was told his voice “was too high for the American stage.”

He still gets that on Twitter: ‘Billy Porter is too much!’ He doesn’t take the bait.

“My life is now service, and my service is my authentic Black queerness,” he tells PEOPLE.

Read the intimate and revealing interview where “thee” Billy Porter tells PEOPLE so much more.

And you can check out my interview with Billy below from a few years ago amid his huge success on Broadway having won the Tony Award for Kinky Boots.

Billy shares how and why he seized the chance to put his own inimitable stamp on classic Broadway tunes with his acclaimed album, “Billy Porter presents The Soul of Richard Rodgers.”