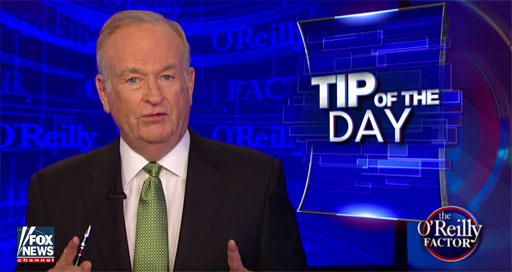 After First Lady Michelle Obama mentioned that the White House was built by slaves during her Democratic National Convention speech Monday night to powerful effect, Fox News host Bill O’Reilly decided he needed to make note that the slaves’ living conditions were quite favorable, in his opinion.

“Slaves that worked there were well-fed and had decent lodgings provided by the government, which stopped hiring slave labor in 1802,” O’Reilly told his TV audience. “However, the feds did not forbid subcontractors from using slave labor.”

For his next hot historical take, Bill O’Reilly will tell us about the free dental care at Auschwitz https://t.co/WTdwQ1oGAL

Watch O’Reilly make his point below.