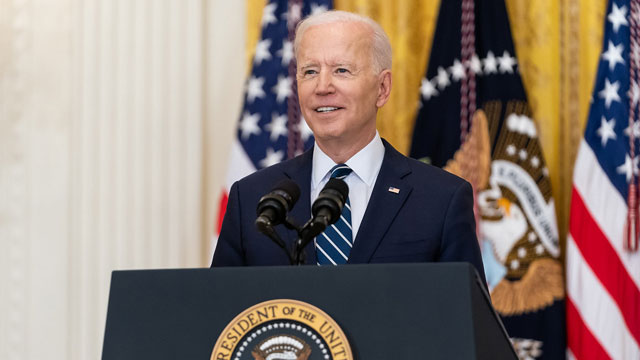 President Biden’s address to a joint session of Congress this evening will be noteworthy on several fronts.

First, the joint address is not a State of the Union speech, although at first glance it will appear very similar. The president will be announced, he’ll walk down the aisle of the House chamber to applause, all that.

But due to COVID restraints, the number of attendees – usually all members of Congress plus guests – will be limited to 200. Many House representatives won’t be there anyway because the annual GOP retreat is taking place this week.

Still, some GOP House members aren’t happy about being left off the invitation list.  Rep. Lauren Boebert (R-Colo.) says she plans on attending anyway. “I’ve requested an invitation and I haven’t heard back,” Boebert said last week. “I’m showing up.”

While the Senate is in session, only 58 invitations were made available to senators equally divided by party.

Easily the biggest difference for those watching will be visual as for the first time two women – Vice President Kamala Harris and House Speaker Nancy Pelosi – will be seated in the two chairs behind him.

It’s the first time the top two officials in the line of presidential succession are both women.

Another first – the livestream of Biden’s address will feature American Sign Language interpretation for accessibility.