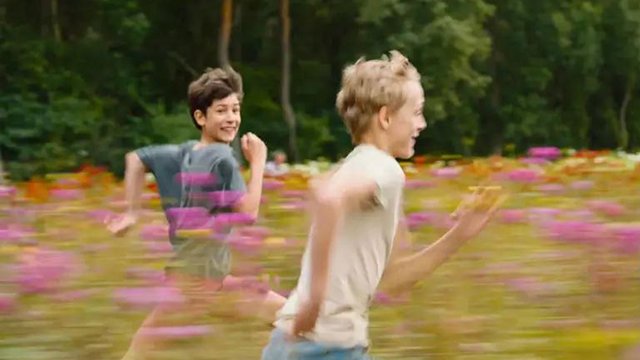 •  Boy Culture: Matt Rettenmund pens this excellent list of Best Films of 2022. Not only is Matt a terrific writer, but we agree on the #1.

• CNN: Kenyan police on Friday said a suspect had been arrested in connection with the death of a prominent LGBTQ rights activist Edwin Chiloba, whose body was found stuffed into a metal box in the west of the country.

Becky Pepper-Jackson just wants to run cross-country with other girls her age. The judge said no. #LGBTQ https://t.co/vxEohQpLXY

• New York Times: A New York judge declined on Friday to throw out the state attorney general’s civil fraud case against Donald Trump, increasing the likelihood that he will face a trial this fall. In his ruling, Justice Arthur F. Engoron called the arguments raised by Trump’s lawyers “frivolous.”

• NBC News: Virulently anti-gay conservative leader Matt Schlapp is accused of fondling a male Herschel Walker campaign staffer in Georgia in October. The staffer reported it to campaign officials immediately after the incident and kept the time stamped text messages.

• Twitter: House Minority Leader Hakeem Jeffries gave a terrific speech last night as the Speaker of the House votes came to an end. Here’s just part – I predict the second clip will come to be known as the “A to Z” speech.

"House Democrats will always put American values over autocracy … the constitution over the cult … maturity over Mar-a-Lago" — Jeffries 🔥 pic.twitter.com/iBmo5BvmWA