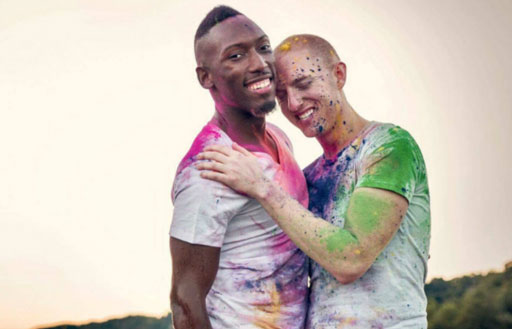 In 2016, voters in Bermuda rejected marriage equality by a ratio of 2-1.

Then in May 2017, the Caribbean territory’s Supreme Court ruled in favor of a gay couple making same-sex marriage legal.

However, Bermuda’s governor then introduced the ‘Domestic Partnership Act’ in December 2017, which still swapped out same-sex marriage for domestic partnerships – clearly a downgrade.

The legal maneuver made Bermuda the first country to legalize and then revoke same-sex marriage laws in the world.

But things weren’t done yet.

The Supreme Court overruled the domestic partnership legislation in June, but the Bermudan government chose to file an appeal to reverse that reversal.

Are you still with me?

In a last ditch effort, the Court of Final Appeal is now hearing arguments to consider whether to stay its decision for 21 days in order to give the government to time to file an appeal to the Privy Council in Britain.

The Judicial Committee of The Privy Council (JCPC) is the court of final appeal for the UK overseas territories and Crown dependencies.

#LoveWins for #Bermuda as we celebrate #justice and #equality for all today with the Court of Appeals’ historic decision. Our deepest gratitude for lead plaintiffs @rodferguson @maryellenjackson and all friends of #OUTBermuda. pic.twitter.com/Lx9lgPTQ58