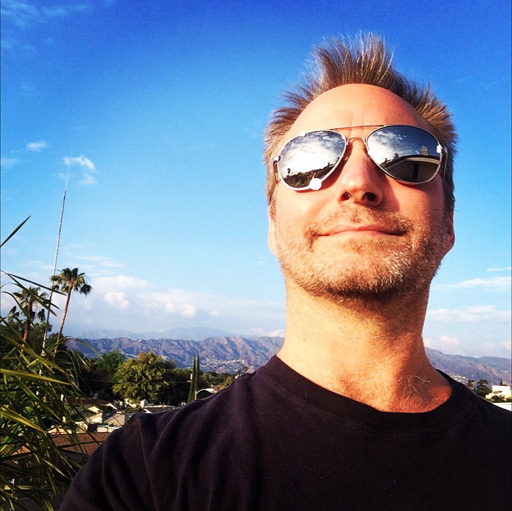 I had shared a link to a story about an asshole volunteer firefighter in Franklin Township, Ohio, who posted on his Facebook that if he had to choose between saving a dog or a black man from a burning building, the dog would get priority, because “one dog is more important than a million n****rs.”

You get the point of sharing the article, right? He’s an asshole, and nothing disinfects better than a little sunshine.

But someone I’ve never met took umbrage with me posting the link in my Randy Report Facebook page.

This guy, Justin MacDonald, had a problem with me sharing the story of this racist guy. He wrote,

“Why tf is this even a fucking news article? Other then to spread more hate?”

“So let’s blast one firefighter from where? Iscrewmysister Idaho? We acknowledge that these people are out there. Deal with it locally not world news. Trying to muster up hate against all firefighters is what this is .. IMO”

“What’s your opinion? To search out each and every person who says something. Welcome to Earth don’t know about your retirement fund but you’ll never run out of work. Glad I don’t have to follow”

For full disclosure, I’ll post the full back and forth below.

But this exchange did get me to thinking: is it really my job to “search out each and every person” who says or does icky/hideous things?

I don’t know about that. I do know nothing gets better unless folks raise their voices. Even if it’s one voice (which, in this case, it’s not).

In the same week where we lost a huge civil rights hero, Edie Windsor, who brought down the Defense of Marriage Act by taking her case all the way to the U.S. Supreme Court, I’m reminded one voice can make a difference.

Edie Windsor’s life story was a lesson in how the simple act of two people falling in love can change the world.

Now, I don’t begin to equate myself with the amazing Edie. But I’m certain she would denounce this firefighter in Ohio for his divisive language.

And I have no illusions about what I can (or can’t) accomplish by making sure people know that idiots like this guy in Ohio exist. But you can’t fix a problem if folks don’t know it exists.

But, I was reminded of this song from a few years back. Hunter Parrish, who most know from the series Weeds, starred in the Broadway revival of Stephen Schwartz’s Godspell as “Jesus.”

In the revival, they added a song for Hunter that Schwartz had written for the movie of the musical back in the ’70s called “Beautiful City.”

The lyrics came to mind, and I’ll let you do the math.

Am I wasting my time pointing out jerks and assholes? It’s true I probably won’t “run out of work.”

Maybe I’m naive. But I’ll be happy and naive thinking I’m doing “something.”

Something that maybe gets us closer to, if not a “city of angels,” perhaps a city of real men.

Hey, Justin MacDonald – I hope you find a passion that inspires you to make a difference. Even if it does run out your retirement fund.