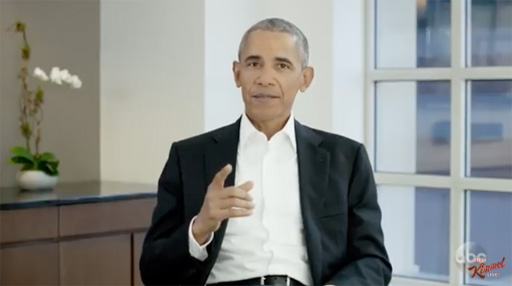 “This World AIDS Day, everyone has a role to play. Jimmy Kimmel’s not just a talk-show host, he’s an activist. Bono’s not just a musician, he’s ring master of a whole shopping extravaganza,” Obama says in the video. “And me, I’m not just a former president, I’m a husband who hasn’t done his Christmas shopping yet.”

“When it comes to the fight against HIV/AIDs, there’s some genuinely good news to share,” Obama said. “For the first time in history, more than half of all people living with the virus are on life-saving medication.”

And he’s right. But those kinds of changes only happen when people actually DO something.

Hit the video below and find out what you can do this World AIDS Day, Friday December 1, 2017.

p.s. Remember what it was like to have a smart, dignified president who spoke about important issues like saving lives…?