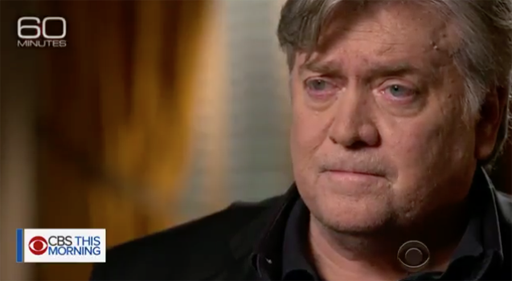 In his 60 Minutes interview with Charlie Rose last night, former White House strategist Steve Bannon admits NJ Gov. Chris Christie was taken out of contention for a cabinet post for not standing by Donald Trump when the now infamous “Grab ’em by the pussy” video surfaced.

“Christie, because of Billy Bush weekend, was not looked at for a cabinet position,” Bannon said in an interview on CBS’s “60 Minutes” that aired Thursday. “I told him the plane leaves at 11-o-clock in the morning. If you make the plane, you make the team. He didn’t make the plane.”

“[New Jersey Gov.] Christie, because of Billy Bush weekend, was not looked at for a Cabinet position,” Steve Bannon tells @CharlieRose pic.twitter.com/zgKbpOfAiJ