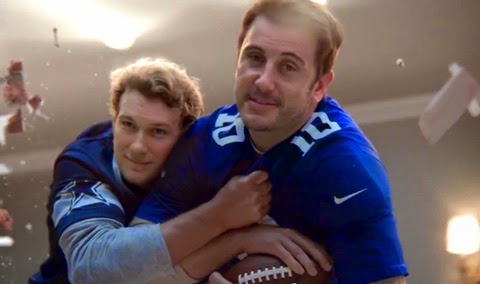 “Chris and I have a friendly rivalry: Giants-Cowboys. You know the deal. Sure, we still argue sometimes. But we’re just like any couple, really.”