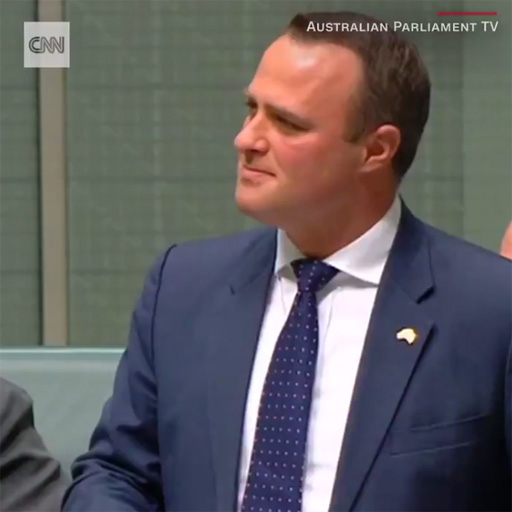 It was an emotional moment when Tim Wilson, a member of Australia’s House of Representatives, addressed fellow lawmakers about the impending vote to legalize same-sex marriage.

“In my first speech I defined our bond by the ring that sits on both of our left hands, and they are the answer to a question we cannot ask,” Wilson said as his partner of seven years, Ryan Bolger, watched from the public gallery.

“There’s only one thing left to do: Ryan Patrick Bolger, will you marry me?” Wilson continued.

And the crowd goes wild.

After the legislation sailed through the Senate last week, the House is expected to vote later this week.

Watch the marriage proposal below.

This Australian lawmaker proposed to his partner on the parliament floor

“There’s only one thing left to do…”

“Ryan Patrick Bolger, will you marry me?” pic.twitter.com/tQPMHTKWy6