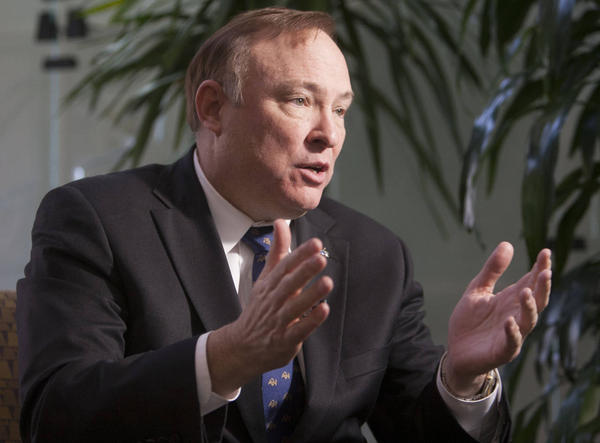 An openly gay Utah state senator didn’t just give a speech at a party
celebrating two Supreme Court victories for gay rights – he took to the
stage to propose to his longtime boyfriend.

“Stephen, after all these years, will you marry me?” Dabakis said over the whoops of an approving crowd.

He opened by saying the gay marriage issue was
“very deeply, deeply personal” for him, and introduced the crowd to “a
wonderful man” he met nearly three decades ago.

That’s when Dabakis pulled out a ring he said he’d purchased that day and put it on Justensen’s finger.

Justesen
told the crowd Dabakis had given him a different ring years ago that he
still wears, but “this is super fantastic to have another one.”

Dabakis told The Salt Lake Tribune the proposal was a spur-of-the-moment decision and a wedding date hasn’t been set.