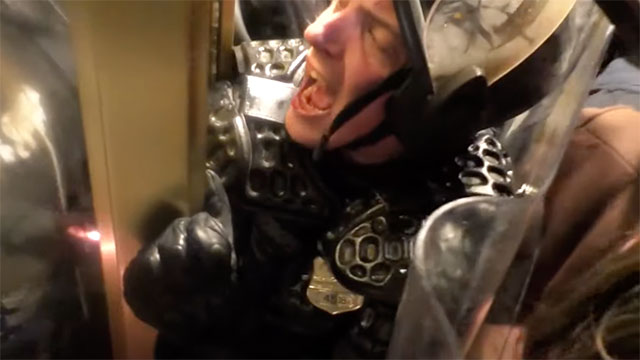 Several of the insurrectionists that stormed the U.S. Capitol building on January 6 are now using, as a legal defense, that they were just doing what Donald Trump told them to do

Emanuel Jackson, 20, of D.C., who prosecutors say was seen on video punching a police officer and hitting others with a metal bat, is one of at least six people charged in the raid who are pinning at least some blame on Trump in their defense, Reuters reported Tuesday.

Brandi Harden, who is representing Jackson as he faces federal assault charges, wrote in a Jan. 22 court filing that “the nature and circumstances of this offense must be viewed through the lens of an event inspired by the President of the United States.”

The raid on the Capitol, she said, “appears to have been spontaneous and sparked by the statements made during the ‘Stop the Steal’ rally” held by Trump and his supporters earlier on Jan. 6.

Several more stories at the link including the so-called QAnon Shaman now claiming he was ‘duped’ by Trump.