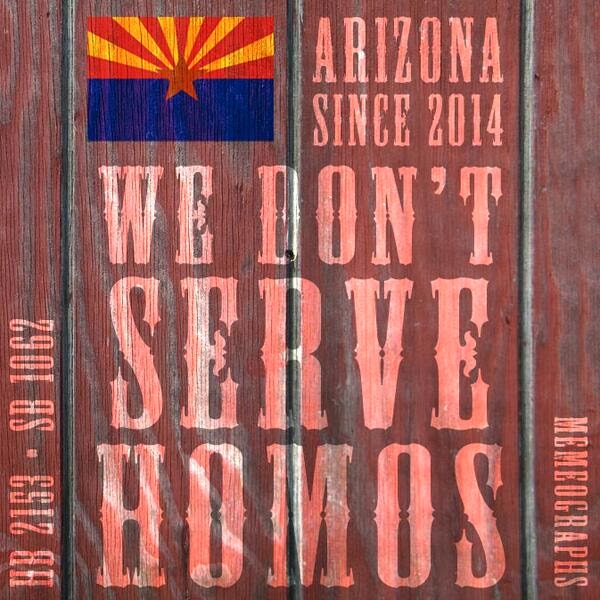 Today, the Arizona state House voted 33-27 to legalize discrimination against gays and lesbians.

The bill, HB-2153, would expand people’s rights to claim their religious beliefs as a basis for refusing service to gays and others.

The legislation now heads to the desk of GOP Governor Jan Brewer.

“If you are gay, don’t come to Arizona. That’s what we’re saying to the nation,” Rep. Campbell said. “This is a direct attack on a certain group of people — the LGBT community,” he noted.

Rep. Demion Clinco, who is Arizona’s only gay lawmaker, said, “I don’t
think we deserve a bill like this anywhere in this country.” Saying he
was appalled by the legislation, he added it is discrimination hiding
behind religious freedom.

The legislation is Arizona’s response to a lawsuit in New Mexico – Elaine Photography v. Vanessa Willock.  In that case, the New Mexico Supreme Court unanimously ruled that a photographer violated that state’s Human Rights Act by refusing to photograph a same-sex wedding.