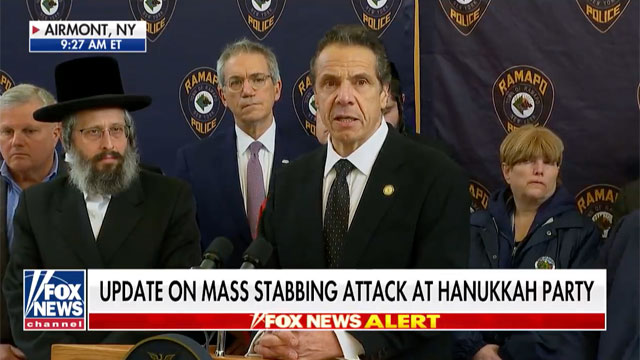 A stranger burst into a rabbi’s home in New York state and stabbed five people as they were celebrating Hanukkah.

An intruder with a large knife burst into the home of a Hasidic rabbi in a New York suburb on Saturday night, stabbing and wounding five people just as they were gathering to light candles for Hanukkah, officials and a witness said.

It was a terrifying scene, the officials and witness reported, saying that the violence occurred at about 10 p.m. as numerous people were celebrating Hanukkah at the home of the rabbi, Chaim Rottenberg, in Monsey, which is in an area with a large population of ultra-Orthodox Jews.

The New York Police Department said a suspect had been arrested in Harlem and was turned over to the authorities in Rockland County, which is northwest of New York City and where the attack took place.

The horrifying rise of antisemitism is tearing apart the fabric of our communities and the soul of this nation. We've got to stand together as a country and fight these flames of hatred.

My deepest sympathies are with the victims, their families, and the Jewish community. https://t.co/fcUUwN8rE6

I’m sending my prayers to the families and the community affected by last night’s horrific attack on a rabbi’s home in Monsey.

We must all stand shoulder to shoulder to fight anti-Semitism and demand that our elected leaders do the same.

My prayers are with the victims of these horrific acts of anti-Semitism and hate. This cannot be tolerated.

On the morning of the last night of Hanukkah, let us all rededicate ourselves to ensuring that light beats back darkness. Never again. https://t.co/AscnNJbjOx

I'm heartsick for the victims of this horrific attack. This is unfortunately just the latest of a series of anti-Semitic attacks in New York and New Jersey. We must fight anti-Semitism and make clear that hateful bigotry has no place in our society. https://t.co/MjlL1gkovV 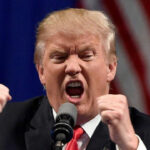 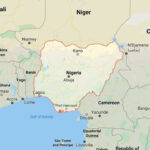 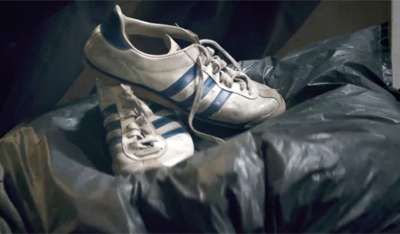 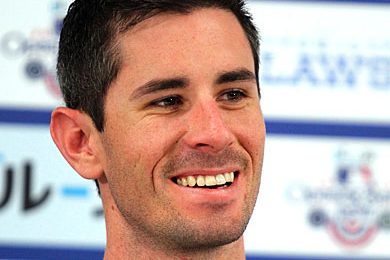 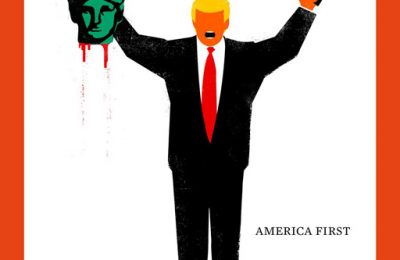