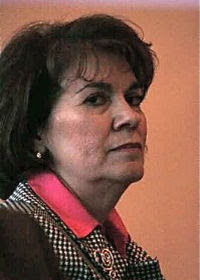 “I attended a recent ‘gay pride’ parade in Columbus.

“I’d been to one a few years earlier, and the bad news is that the event has grown much, much larger. Corporate support is everywhere. Macy’s, J.P. Morgan Chase, Bank of America, JC Penney, Chipotle, Frito-Lay, and many others. Local Ohio banks, Fifth-Third and Huntington. American Family Insurance. All had sizeable contingents of marchers and banners.

“So the continuing high incidence of HIV among males who have sex with males, generating around 29,000 new cases per year in the U.S., is acceptable to these companies and their boards of directors? Just asking.

“This abundant fruit, so to speak, of the homosexual community is now ignored by the media and considered a big yawn, except by those infected, of course.” – Anti-gay Linda Harvey, writing on her website.