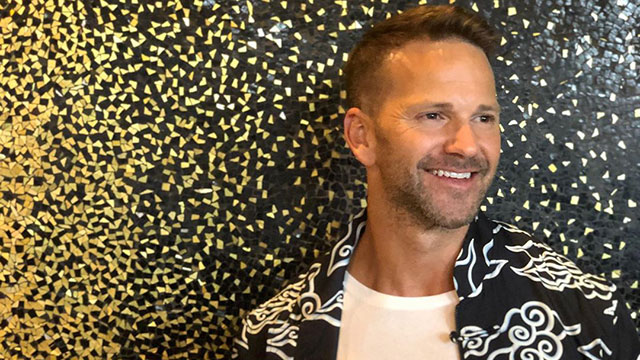 In a lengthy personal essay posted on his Instagram account as well as his personal website, the Republicans – who famously voted against LGBTQ interests while in the House of Representatives – tells the world, “I am gay.”

After “working through a list of people” who he wanted to tell first hand over the past year including family members, he says >he’s ready to make a public statement.

“The fact that I am gay is just one of those things in my life in need of explicit affirmation, to remove any doubt and to finally validate who I am as a person,” writes Schock. “In many ways, I regret the time wasted in not having done so sooner.”

Link in profile to full text

In his essay, he reveals how denial and mistakes led to even deeper denial and greater mistakes.

He goes on to share “his story” which began in the rural Midwest and a family “centered in faith and its particular traditions.”

It was in church life – “Memorizing Bible verses, going to church camp, attending services at least twice a week” – that Schock says he “thrived.”

He chronicles his path through high school where he realized his “goal-focused personality” helped him to “force [his] thoughts in other directions” when he felt “drawn in the direction of [his] natural orientation.”

After holding several local public offices, he says his arrival in Washington in 2009 as the youngest member of Congress was a heady experience as he received “a lot of attention,” which he admits he enjoyed.

But soon he was aware of “speculation” he feels occurred because he was single, how he dressed, and his “preoccupation with physical fitness.”

Soon after, he says “Untruthful stories were written” by the news media. Referencing the scandal that revolved around his office in Washington being redecorated in the style of a hit television show, Shock shares he wondered why “the news media would run with an utterly false story about me and a show I’d  never even heard of, and still haven’t seen, Downton Abbey.”

Along the way, he takes swipes at the “woke” media calling reports about him “another way, albeit sophisticated, to be teased about being gay.”

He explains his work in Congress included being responsive to the interests of his Illinois constituents. “Perhaps correctly, perhaps not, I assumed that revealing myself as their gay congressman would not go over well. I put my ambition over the truth, which not only hurt me but others as well.”

He adds, “I also, in retrospect, realize that I was just looking for more excuses to buy time and avoid being the person I’ve always been.”

Schock details the investigation that led to his resignation from Congress, during which he planned to come out to his family, but felt it would be best to wait until the legal wrangling was done.

Once the charges of improper use of campaign funds were dropped in exchange for repaying $68,000 to his congressional campaign fund and $42,000 to the IRS, he again planned to come out to family.

But first, he attended the Coachella Festival last year and photos of him with assorted men reached his mother before he did. When he spoke to her, she (and the rest of his family) reportedly did not take the news of his sexuality well.

“Pictures online made clear what I was en route to tell my mother in person.  She told me to turn around and go back to LA. I wasn’t welcome at home for Easter.”

Like many LGBTQ people who go through a similar reaction from family members, Schock holds out hope his family will eventually come around.

He goes on to justify his anti-LGBTQ positions and votes (he opposed same-sex marriage, the repeal of Don’t Ask, Don’t Tell) by pointing to political leaders at the time.

“In 2008, as a Republican running in a conservative district, I took the same position on gay marriage held by my party’s nominee, John McCain,” writes the 38-year-old. “That position against marriage equality, though, was also then held by Hillary Clinton and Barack Obama as well.”

While he’s correct about that timeline, what Schock misses there is McCain, Obama and Clinton weren’t secretly gay voting against their own interests. And, by the way, what about the 12 years since then?

And in 2010, as Obama was working to repeal Don’t Ask Don’t Tell, Schock voted against the repeal.

In fact, Schock’s record on LGBTQ issues was so anti-LGBTQ the Human Rights Campaign gave him a rating of zero.

The former congressman says if he were still in office he would support LGBTQ issues “in every way” he could.

He also hopes that sharing his story will “help shine a light for young people, raised the way I was, looking for a path out of darkness and shame.”

In closing his essay, he says family members still suggest so-called “conversion therapy” to him. But at a recent wedding, his mother did inquire as to whether he was seeing someone and if so, she is interested in meeting him.

LGBTQ media has covered Schock’s story for quite some time over the past few years mainly because he is ‘one of us’ but wielded his position in a manner that didn’t help but hurt the LGBTQ community.

In his post, he never apologizes for those political calculations. His lack of remorse is rather stunning.

Imagine the mental Jui-Jitsu that compels you to run for Congress and advocate for conservative anti-LGBTQ legislation while having sex on the DL and then expecting sympathy and understanding.

I wish he hadn’t been raised by narrow-minded people who taught him to hate or doubt himself.

It’s worth noting that he finally comes out as a 38-year-old rich white guy living in Los Angeles. How brave.

That said, I celebrate that Schock has come to a place in his life that he can live his truth out loud. I realize everyone comes to this in their own time.

I do wish his essay wasn’t so layered with self-pity. But, in the end, we can all only be who we are.

Gay Twitter on Aaron Schock coming out in a nine screen essay on Instagram and STILL not apologizing for voting against LGBT rights: pic.twitter.com/Qn7ZIUrvVK

Aaron Schock wrote a long post about him coming out as gay and how worried he was telling his family and friends and whatever, but failed to even apologize to the LGBTQ community for the hatred he displayed towards us for MANY years. So he can fuck all the way off 🤷🏻‍♂️

I feel zero pity for a man who had no issue going to music festival and hooking up with guys in public. Then waits a year to come out and ask for pity.

Reminder that if prosecutors hadn’t completely botched the case, Aaron Schock would likely be in prison for using your taxpayer money to pay for massages and Katy Perry tickets. https://t.co/h7vs0fiZPF

He voted against all of us — voted with the bigoted GOP on discriminating against gay people — over and over.

Frankly, his lack of remorse for the harmful hypocrisy of consistently voting against other gay men when he was a Republican in Congress is giving me #ToxicSchockSyndrome. pic.twitter.com/ySmUwy3ZqE

Everyone deserves to come out as their authentic self on their own terms. However, Aaron Schock's statement fails to acknowledge the years of hurt that his votes against hate crimes protections, the repeal of Don’t Ask Don’t Tell and more caused LGBTQ Americans.

Fmr GOP Rep. Aaron Schock wrote a Harry Potter length post coming out as gay and still did not apologize for his awful anti-LGBTQ record pic.twitter.com/Uf8U8zTaDG