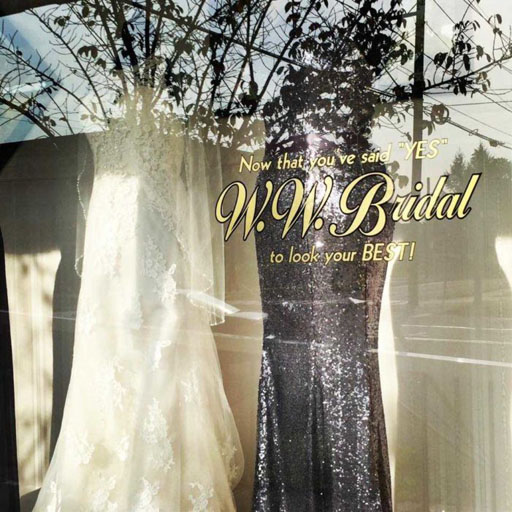 It’s always interesting to see how folks on the other side of LGBT discrimination like to frame an issue to make themselves the victims.

In this article from Christian News, note how the writer says the owners of this Pennsylvania bridal shop declined “to assist a lesbian with her wedding.”

“Assisting” is also in the headline of the story.

The Christian owners of a bridal shop in Pennsylvania who have been receiving threats since declining to assist a lesbian with her wedding last July have decided to close their business due to fears of an impending ordinance that would require them to violate their faith, as well as the inability to market themselves in light of false negative reviews.

“The members of our town council have made it known they will pass an ordinance soon. We have chosen to close rather than be forced to go against our faith,” W.W. Bridal Boutique in Bloomsburg, co-owned by Victoria Miller and her three daughters, explained on social media on Sunday.

The boutique has discounted all wedding gowns to half price as the women plan to close their doors permanently on March 30.

As previously reported, the bridal shop first came under criticism in 2014 after Miller and her daughters declined to schedule a gown fitting for a lesbian and her partner.

“We feel we have to answer to God for what we do,” Miller told reporters at the time. “And providing those two girls dresses for a sanctified marriage would break God’s law.”

Now, “assisting” sounds like the owners of this dress shop would be deeply involved in the details of this couple’s wedding, doesn’t it?

I’m picturing designing, sewing, fittings, perhaps even dressing the brides on the day of the wedding…?

The article goes on to say the pending ordinance “would prohibit them from declining to take part in same-sex ceremonies.”

In truth, they would have sold the bride a dress and done a fitting. That’s it.

Anti-LGBT bakers at least complain that the “creation” of wedding cakes for LGBT weddings requires their creative gifts in creating a cake.

This dress shop would have sold a dress. A dress they didn’t create.

You’ll note the article didn’t bother to interview anyone from the local LGBT community.

By the way, a crowdfunding campaign has been setup with a goal of $90,000 in hopes of another financial windfall as we’ve seen in similar situations.