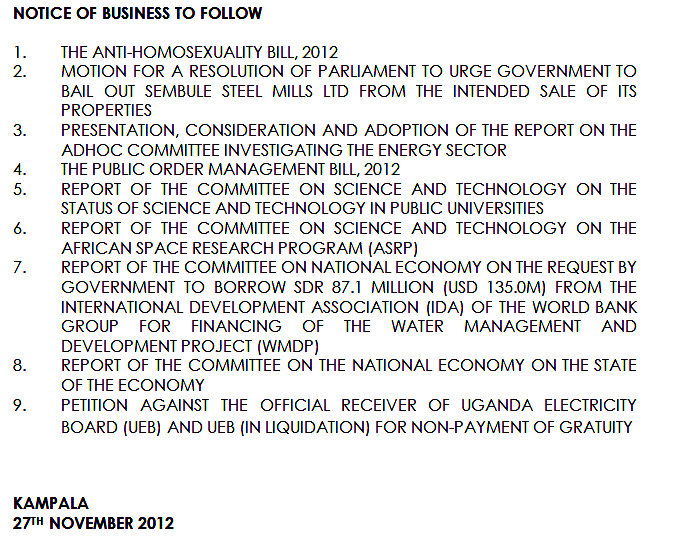 JoeMyGod points out that first up on Ugandan Parliament’s Notice of Business today is the infamous “Anti-homosexuality Bill” which would make being gay an offense worthy of being imprisoned for life.

The Washington Blade reports that American diplomats have again expressed concern to the Uganda government over its pending Anti-Homosexuality Act.

Victoria Nuland, a State Department spokesperson, said during a daily briefing Monday that Assistant Secretary of State for African Affairs Johnnie Carson met with high-profile leaders in Uganda “over the weekend” and raised concerns about the bill, which among other things would punish homosexual acts with life in prison.