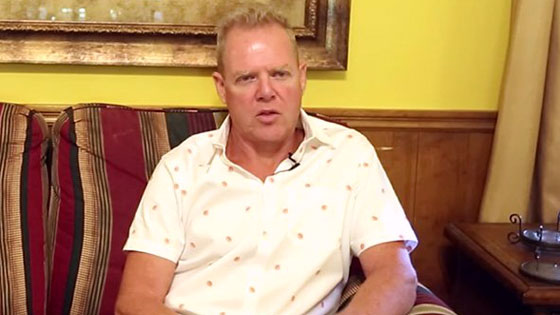 Yet another former leader of the so-called ‘ex-gay movement’ has come out as gay, and issued a public apology for his part in advocating for the harmful practice of ‘conversion therapy.’

In a post on his Facebook page, McKrae Game apologized for his part in founding Hope for Wholeness, which promised to aid those who “struggle with homosexuality find the freedom to live in sexual and relational wholeness.”

Game, who ran the organization for two decades, said its stance that LGBTQ+ people can be cured of their identities is “wrong.”

“I know that creating the organization … was in a large way causing harm,” he wrote. “Creating a catchy slogan that put out a very misleading idea of ‘Freedom from homosexuality through Jesus Christ’ was definitely harmful.”

Game also asked for forgiveness for telling LGBTQ+ that their feelings are “wrong, bad, sinful, [and] evil.”

“It’s all in my past, but way too many continue believing that there is something wrong with themselves and wrong with people that choose to live their lives honestly and open as gay, lesbian, trans, etc.,” he wrote. “Learn to love yourself and others.”

All of the nation’s major mental health and medical associations, including the American Psychological Association and the American Academy of Pediatrics, have denounced conversion therapy as not only ineffective but dangerous. The harmful practice has been linked to anxiety, depressions and suicide.

To date, 18 states have banned the practice on LGBTQ youth.

According to the Williams Institute, nearly 700,000 people in the U.S. are survivors of the treatment.

Game, married to a woman before coming out as gay earlier this year, is just the latest in a long line of former conversion therapy advocates who have reversed their position on ‘ex-gay’ therapy.

Nine ex-gay leaders who left the movement have called for the treatment to be banned.

Game recently sat down with the Post & Courier regarding his newfound revelations: